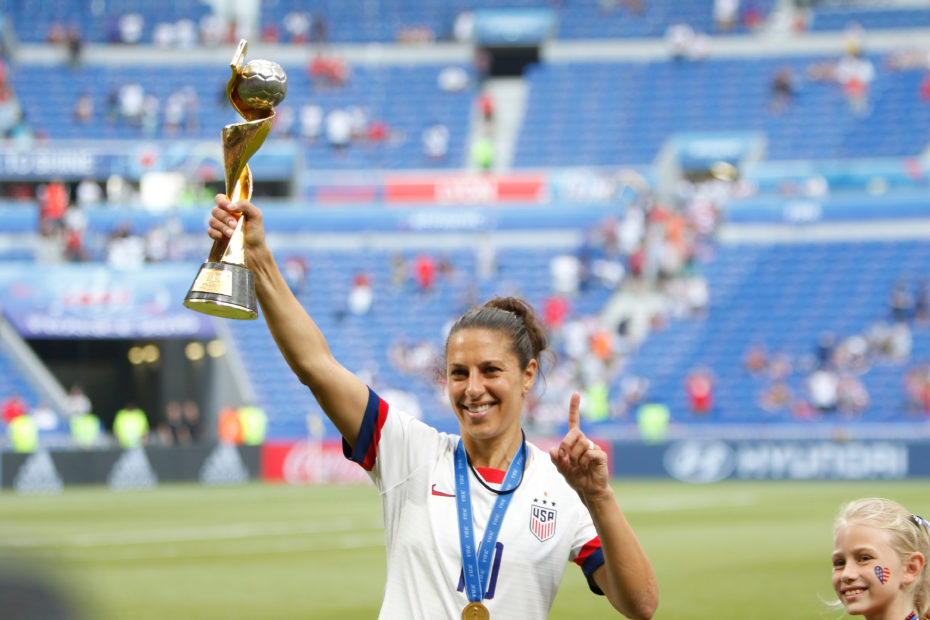 United States women’s soccer bronze medalist, Carli Lloyd, discussed her retirement from the sport during an episode of “Goal Podcast” this past week. While it is no surprise that as athletes age they are less likely to continue their careers, Lloyd and many others have surpassed this stereotype.

Another athlete in a similar position is Tom Brady, the 44-year-old NFL star still crushing the game. However, when compared to the football player, the soccer star dismissed their similarities.

“Why not stick it out? Why not basically be Tom Brady?” the co-host of the podcast posed to the athlete, questioning why she decided to retire now. Without hesitation, she responded, “Well, Tom Brady doesn’t have to have kids. That’s the one thing for starters. My husband, Brian, and I are eventually going to start a family so the clock’s kind of ticking on that.“

What does Carli Lloyd mean by, ‘Tom Brady doesn’t have to have kids’?

It is no surprise that the Super Bowl champion has 3 children of his own, so what did this soccer play mean by her statement? She explained, with no animosity in her heart, that Tom Brady and her simply have different goals for their careers, and Lloyd wants to prioritize starting a family.

“It gets to be a little tiring, you know? Being away from home, the travel and, to be quite honest, having to stay at the top and prove people wrong. It is exhausting,” she commented, discussing how it is difficult to start a family while juggling the life of professional athleticism.

Llyod continued and said, “It takes endless work, day in and day out and I’m just ready to kind of shift gears and start this next chapter and live my life and do a lot of things that I’ve put on hold for so many years.”

Tom Brady has stated that he wishes to play football into his 50s, which is an incredibly hard claim to live up to, as many athletes don’t make it into their mid-40s. Lloyd referred to when Brady disclosed that he feels like he’s climbing a mountain that doesn’t have a top, and how she understands the sentiments but is happy with her career accomplishments.

Lloyd explained, “That just rung so true to me. Because if I had a goal of like, I want to win a World Cup, well then why wouldn’t I be done after a World Cup? Or I want to win an Olympics, why wouldn’t I be done after an Olympics? But it’s been this climb to just keep climbing and keep just overcoming this, your potential, and just making my potential what I want my potential to be. It’s been an unbelievable journey.”