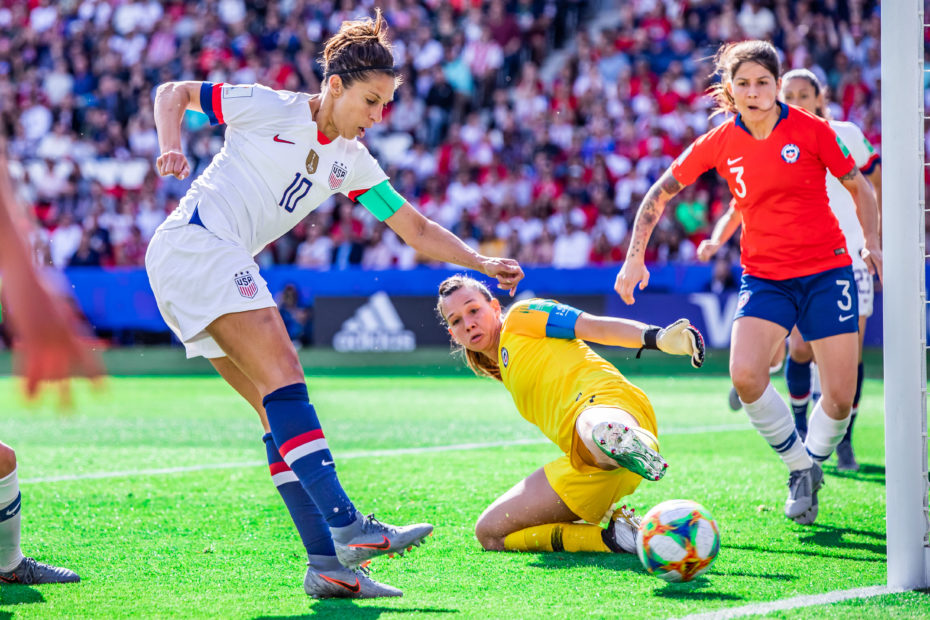 One of the most decorated figures in the history of women’s soccer, Carli Lloyd has decided to say goodbye to her time on the field.

In her farewell match, the athlete was seen with the USWNT in a match against South Korea on Tuesday. Although she ended the night scoreless, she was still definitely the star of the entire show.

The crowd stood and cheered as they watched Lloyd’s last minutes as a participant in the league: she removed her cleats, jersey, and proceeded to give every single one of her teammates a warm hug.

“I hope you know that I gave it everything I had for every single one of you,” Lloyd stated, addressing the crowd after her final match. She then included the sentiments, “Thank you to everybody who has played a role in my journey. I can’t thank you enough. And that is it. I am signing off. You will not see me on the field, but you best believe that I will be around helping this game grow.”

Lloyd’s career with the USWNT is nothing short of legendary. In fact, her accomplishments are what nearly every athlete dreams of. After all her years with the team, she is retiring with having the second-most caps in USWNT history, the third-most goals, in addition to the fifth-most assists. However, she is in no way second-guessing her retirement, as she knew it was time to hang up the cleats.

“Throughout my career, I have just wanted to be the best soccer player I could be,” she reported, according to The Washington Post. “I have often missed out on going to do things for fun. I am not missing out on anything now.”

Her journey to a world-renowned soccer player has also not been easy. Born a South Jersey native rather than a Californian, she didn’t attend an accomplished NAAC powerhouse school unlike some of her colleagues. Despite all of this, she still came out on top as one of the best players of all time.

“I knew I had a long way to go and this was the best of the best. It’s a weird thing. You put all your chips in, you take a risk, you do all this for the unknown, not knowing how many years you are going to have with this team, not knowing if you’re going to make World Cup and Olympic teams,” Lloyd reflected.

Then, she went on to share the importance of authenticism and how she has tried her best to maintain a level of truth alongside her fame. “I know I’ve probably been misunderstood throughout the years by teammates, coaches, fans, and just about everybody,” she stated before adding, “But I’ve just tried to be my most authentic self — truthful, honest, raw.”