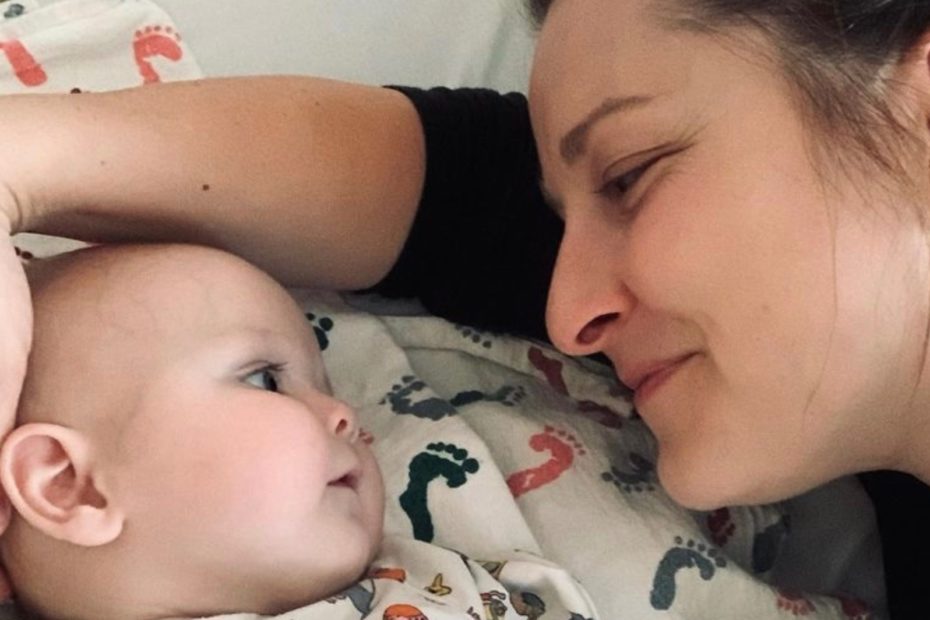 On Wednesday, June 23rd, 2021 former Olympic gymnast, Carly Patterson Caldwell, announced to the world that her infant son, Pearson Phillips, had been under doctor supervision for 48-hours.

Patterson Caldwell, who has been married to Mark Caldwell since 2012, announced in August that they were expecting a third child. On Instagram, Patterson Caldwell posted a picture of her two children next to a balloon that was in the shape of the number three. The caption read, “Caldwell party of 5 coming February 2021! We Can’t Wait!”

In February, it was announced that their little boy had come into the world. According to People, at the time of his birth, “The former gymnast and her husband welcomed baby Pearson on Monday, Feb. 15, at 10:42 a.m…The newborn weighed 8 lbs., 7 oz., and measured 21 inches long.”

Patterson Caldwell also told People, “It’s a boy! It was a crazy day: Rolling blackouts throughout Texas, power kept going on and off at the hospital (very scary), global pandemic and snowmageddon. This baby made a grand entrance.”

Essentially, it is a very common virus for infants to catch.

The 33-year-old former gymnast wrote in the caption of her post, “RSV sucks.  Not a fun 48 hours. So grateful for our prayer warriors, family, friends, and for @childrens taking the best care of our little guy.”

Undoubtedly a scary two-day period for the Patterson Caldwell family, Patterson Caldwell excitedly exclaimed in the rest of her post, “It was scary and it broke my heart seeing him like this, but we are so thankful to be back home and on the mend.”

Following the scary event, she also updated her almost 86,000 Instagram followers with a post to her story. The post illustrated a picture of her other two children, daughter Emmaline Rae and son Graham, cuddling with their younger brother in the comfort of their Dallas, Texas home.

The story was detailed with the caption, “Gangs all here. These two are very happy to be reunited with their little chunk.”

Baby Pearson is projected to make a speedy recovery and is surrounded with the energy of his loving family!