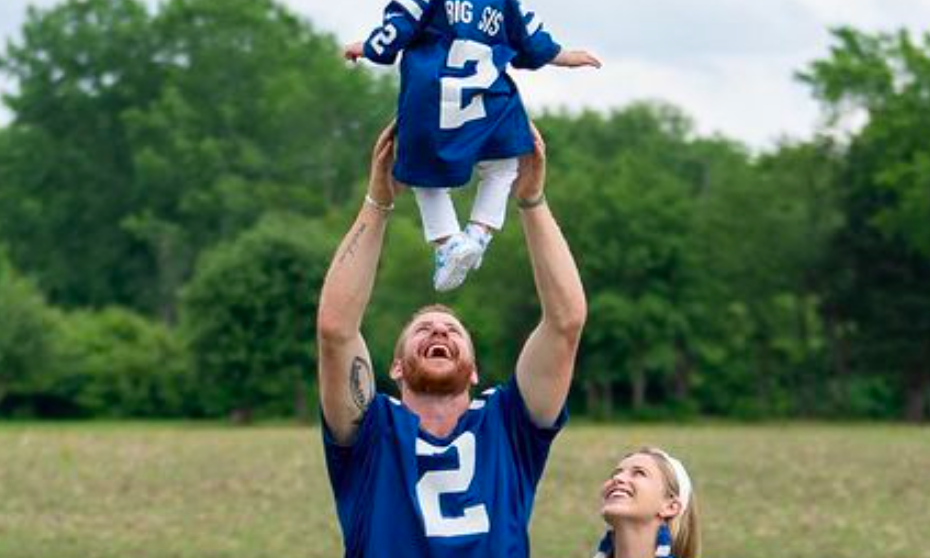 Carson Wentz is living the life. After being traded to the Indianapolis Colts by the team that drafted him, the Philadelphia Eagles, he’s got a fresh start in Indy. It seems he’s really enjoying his time with his new team, playing some basketball on the football field with his teammates, watching the Grand Prix at the Indianapolis Motor Speedway with his family, and continuing to give back, even across the world.

The Colts’ quarterback’s Audience of One Foundation has been building a sports complex in Haiti. Wentz said in an Instagram post that “(t)he sports complex will serve more than 15,000 children every year, and by keeping the hope we all have in Jesus at the center everything we do, it will be a symbol for generations to come.” The foundation’s mission (per its Instagram bio) is “(u)plifting individuals and communities around the world by demonstrating God’s love for His people”.

RELATED: You Have To Watch This Knockout Game At The Colts OTAs Between Carson Wentz and Mo Alie-Cox, Find Out Who Wins

The dude’s doing it all, giving it his all on and off the field. And by his side through it all is his family. Wentz not only moved from the East coast to the Midwest, he’s obviously brought his family with him. And he’s spending quality time with his family as a husband, father, and family man.

Soon (in light of his new team’s mascot), the quarterback is going to have another mini girl colt! Technically (after looking it up on Equine World UK), a female baby horse is called a “Filly”.

The Wentz clan is expecting! Carson posted incredible pictures of his family announcing this very special news all wearing Colts jerseys with the number-2.

Carson and Madison couldn’t be happier about this wonderful news.

“#2” should be fun 😎,” Wentz said in the Instagram post. “Our fam is so excited and can’t wait to meet Hadley’s little sibling later this year 🙌🏻”.

And, in case you’re wondering about what’s happening on-the-field, Wentz and the Colts have been at work.

Here’s a look into Colts’ OTA’s:

And, Colts fans, here’s some of highlights of your new quarterback to see the type of player you’ll be rooting for this season: