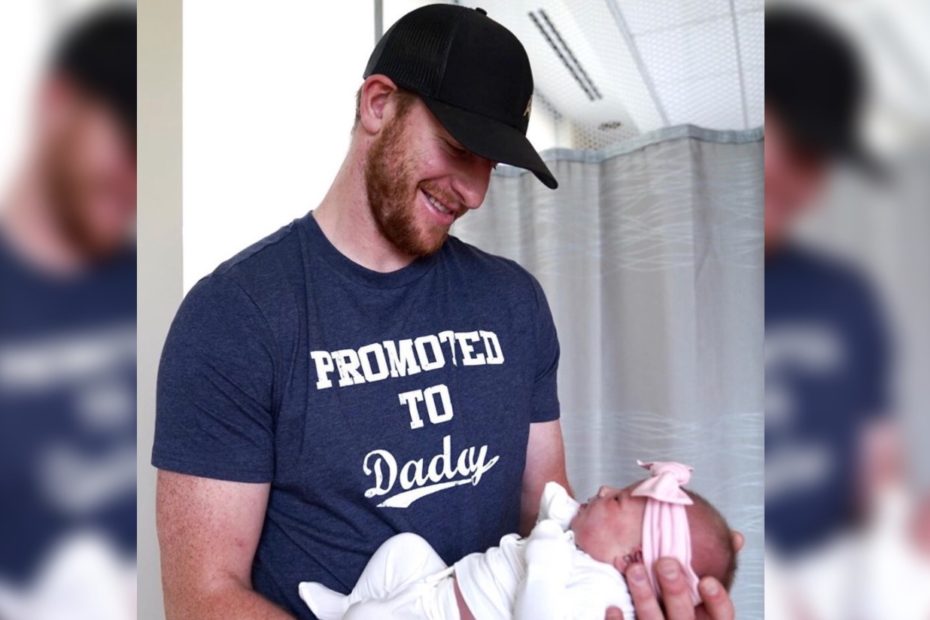 On April 29, Wentz took to Instagram to share a photo of the newest addition of his family, a baby girl, who they named Hadley Jayne Wentz.

As the caption, the quarterback and new dad wrote, “Late last night my beautiful wife and I were blessed to welcome our sweet little girl into the World! Hadley Jayne Wentz is a true blessing from the Lord and we are so pumped to be her parents. I love these two with everything I have! God is soooo good!”

Wentz also shared a picture of himself holding his newborn baby girl while they were still in the hospital. In the photo, the very proud father was rocking a t-shirt that read, “Promoted to Daddy.”

And his Eagles family couldn’t be happier for him. From the organization to safety Rodney Mcleod and linebacker Nathan Gerry, a large list of people from his team sent their congratulations to the Wentz family in the comments section of his initial post.

Then just two days after announcing Hadley’s arrival, Wentz took to Instagram again. This time he shared a photo of his whole family, including their three fur babies, on a walk together.

The quarterback, and his wife, Madison Oberg, announced that they were getting ready to welcome a baby girl into their family in December 2019. That announcement came roughly a month after revealing they were expecting their first child together.

As Wentz wrote at the time of their initial announcement, “So much to be thankful for, but this might take the cake!” Congratulations to the Wentz family!