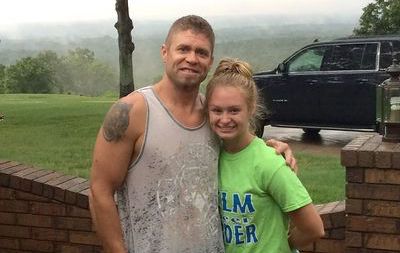 Ronald Dunlap, 49, was shot multiple times early Saturday morning in Little Rock, Arkansas after entering what he believed to be his apartment. “At around 3:12 a.m., responded to the Canopy Apartments after a call from a man who said he believed his uncle was shot while walking into the wrong apartment,” a local news outlet reported at the time of the incident.

Dunlap entered the home of 23-year-old Joshua Womack, who was sleeping at the time, and awoke to the sound of banging on his door. Womack armed himself with a gun.

“Womack stated when walking around the corner he observed Ronald Dunlap in his kitchen,” the Little Rock Police Department relayed in an incident report. “Womack advised he fired approximately 5-6 rounds.”

The father was found by police lying face down on the ground of Joshua Womack’s apartment with multiple gunshot wounds to his body. He was transported to the nearby Baptist hospital and has remained in critical condition since the incident. Doctors are unsure if the father will survive.

According to Womack, he never intended to do harm to the father and was only trying to defend himself. “I thought someone was coming to break in and attack me. That was the only thing I could think of at the moment,” he explained.

RELATED: The Pittsburgh Steelers Have a Heartwarming Plan to Honor Late Teammate Dwayne Haskins Throughout the 2022 Season

Joshua Womack claims he was defending his property from Ronald Dunlap

When he awoke to a bang on his front door, the 23-year-old didn’t expect an intruder to enter his residency. When recalling the incident, he detailed that his door had been virtually destroyed by the intruder. “I heard a big, loud thud through the front door,” Womack told local media outlets. “The door was actually knocked off the hinges. With that, he ended up bum rushing it. It wasn’t like an accidental walk-in.”

No charges have been filed against Womack and his family was unresponsive to the 49-year-old when he arrived at the hospital. Womack continues to stay away from his apartment as police investigate the scene of the incident.

Cassadee Dunlap appears in the Netflix series “Cheer,” which follows the journey of college-aged cheerleaders at Navarro College in Texas. The cheerleader has not publicly addressed her father’s accident.