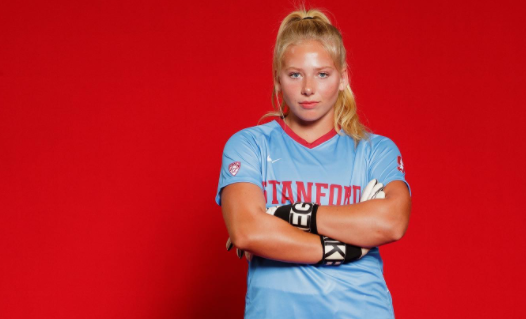 Cause of Death Revealed for Stanford Soccer Captain Katie Meyer

The soccer community was struck with tragic news on Tuesday with the passing of Katie Meyer, a goalkeeper and soccer team captain at Stanford University. At the time, all we knew was that she passed away in an on-campus residence. She was just 22 years old.

Now several days later, it appears we have a cause of death and it’s what many of us feared from the beginning. According to an investigation by The County of Santa Clara Medical Examiner-Coroner, there was ‘no indication of foul play’ and her death was ‘self-inflicted.’

The news was confirmed by Meyer’s parents on Friday, who appeared on the TODAY Show. “The last couple days are like a parent’s worst nightmare and you don’t wake up from it. So it’s just horrific,” said her mother, Gina Meyer. “We’re still in shock. But we had no red flags.”

Since learning of their daughter’s death, Meyer’s parents have been searching for answers. They believe the suicide was in response of potential disciplinary action being taken by the school in regards to an incident where Meyer was defending a teammate on campus.

“She had been getting letters for a couple months. This letter was kind of the final letter that there was going to be a trial or some kind of something. This is the only thing that we can come up with that triggered something,” her mother added. “We have not seen that email yet.”

The university has since commented on the disciplinary action. “We are not able to share information about confidential student disciplinary matters. We as a university community continue to grieve with Katie’s family and cherish our memories of her,” said Stanford University.

Stanford University, Others React To the Passing of Katie Meyer

Ever since news broke of Katie Meyer’s death on Tuesday, the sports community has come together in support of her family and friends. Suicide is a serious matter and one that shouldn’t be taken lightly. During these difficult times, it’s important for us all to band together with support.

Alex Morgan, one of the most recognizable names in women’s soccer today, took to Twitter to send her support. “Incredibly saddened to hear about Katie. Thinking about all her family, friends, and teammates, right now and hoping they are getting all the love they need and deserve.”

Stanford University also chimed in on Katie Meyer’s death. “Our entire community is devastated by Katie’s death, and we share our deepest condolences with Katie’s family and everyone who knew her at Stanford, across the country and around the world. Katie touched so many lives.”

Several others took to social media to express their deepest condolences:

During Friday’s TODAY interview, Gina Meyer was wearing Katie’s sweatshirt. “Every mom is gonna understand it, but when you smell it, it smells like her. Smells like Katie. You know, just her scent,” she said. “I’m wearing it because I want to be close to her, so yes, it is hers.”

YOU MAY ALSO LIKE: Daffney Unger’s Cause of Death Revealed

Suicide is the tenth leading cause of death in the United States. It claims the lives of over 47,000 people in the US every year. If you or someone you know has suicidal thoughts, call the toll-free National Suicide Prevention Lifeline at 1-800-273-TALK (8255). Together, we can save lives.