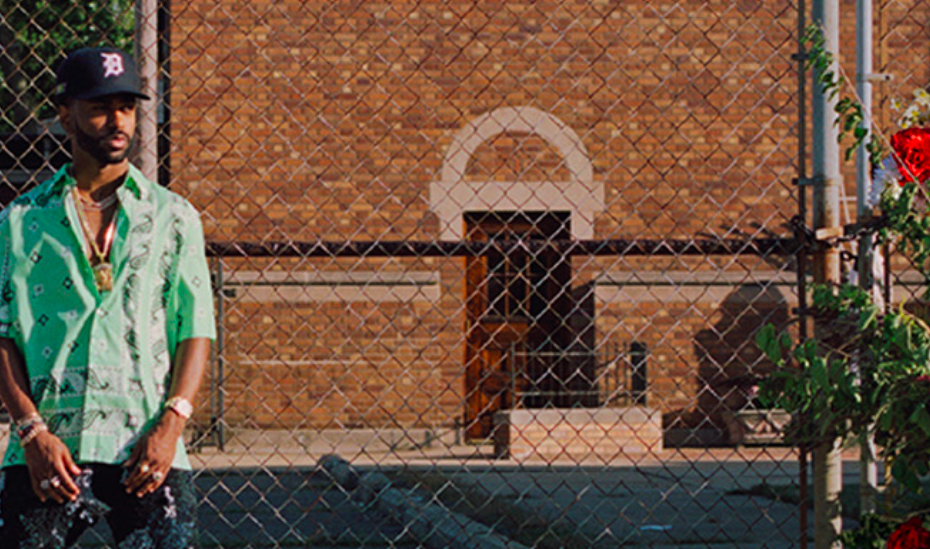 In the NBA, if you’re a Lakers fan, Jack Nicholson is known for sitting courtside, if you’re a Clippers fan, you’ve got Billy Crystal, and if you’re a Knicks fan, it’s Spike Lee. In basketball, the cameras sometimes pan towards actors, musicians, artists, or professional athletes sitting courtside who are taking in the game, but who are the biggest celebrity baseball fans?

Although in baseball it may not get the hype that basketball does with hosting certain guests sitting ‘courtside’, there’s a lot of people who are fans of the game or fans of an MLB team. They’re not sitting courtside but they probably have good seats, whether behind home plate, in a suite, or anywhere else in the ballpark. No matter where their seats are, the cameramen (or women) are bound to spot them and show them on that jumbotron.

Want to know a few of them? We’ll introduce them to you with this list (in no particular order) of:

Known as the lead singer of ‘Creed’, just have this for you:

Creed, “Higher” per LyricFind via Google

Curry was doing more than just cooking up three’s as per Fox Sports, “According to his college coach at Davidson, Bob McKillop, Curry could have easily been…a professional baseball player.

“I first met Steph when he was 10 years old and he was a tremendous baseball player,” McKillop said to ‘KNBR 680-AM‘ according to Fox Sports. “Believe me. He could be in the majors. He played center field and shortstop. You could see him gracing the outfield, you could see his range on the infield. He could do either.”

A huge baseball fan, particularly when it comes to his New York Mets, this fandom is no joke.

When you have a customized song for your MLB team’s introduction video, you need to be on this list.

Detroit vs everybody. Detroit, stand up! From making albums about his hometown to rocking that Old English D ballcap, Big Sean stays reppin’ Detroit.

Affleck is so much of Red Sox fan that he persistently refused to wear his team’s fierce rival Yankees’ hat in a film according to Bleacher Report’s Brian Chen mentioning a New York Times’ Cara Buckley story.

Kid Rock is known for being a huge fan of his Detroit sports teams, including the Tigers.

Fun fact: I was blessed to be able to sit in Kid Rock’s seats court side at a Pistons, Lakers game at the Palace of Auburn Hills.

Now, why do you have to go and make things complicated? (Avril Lavigne song if you weren’t aware). It’s simple. According to Bleacher Report’s Greg Pinto, she loves baseball. Per ESPN’s Jared Zwerling, she even played baseball at her school in Canada.

“In high school…started pitching for the girls’ baseball team,” Lavigne said to Zwerling. “One year, we won a tournament and I got a purple trophy for my pitching. I still have it in my bedroom trunk.”

Sticking with the song lyric theme, while probably stompin’ in his air force one’s, you already know Nelly’s watching Cardinals baseball this summer. And every summer. Supporting his team as the team ride’s ‘wit’ him.

Sure, it’s a different kind of field (baseball being a diamond while the soccer pitch of course takes the shape of a rectangle) but it’s nonetheless a sport that brings people together. For Beckham, he’s “bond(ed) with (his) three sons at (a) baseball game” previously per Hello Magazine Emmy Griffiths.

I’m just putting Lecrae here because a lot of MLB players use his music as their walk-up songs. And when guys are utilizing your music in getting pumped before stepping up to the plate, you gotta’ be on this list. Music is a key component of getting ready before big games for a lot of athletes. So, musicians play a key role in the process of competing, as well.

In west Philadelphia born and raised on a playground (or baseball diamond watching the Phillies?) is where he spent most of his days. In all seriousness though, you may know already Will Smith is from Philly and the fact that he still rolls with his hometown team is what you call loyalty!

According to Pinto, Smith could’ve also been on his compilation of “MLB Power Rankings: Every MLB Team’s Biggest Celebrity Fan“

Another artist who’s seen a plethora of baseball players use his music as their walk-up song is Andy Mineo.

According to ESPN, “Andy Mineo’s upbeat rap single, “You Can’t Stop Me,” was (named) the best walk-up song in baseball after a week-long vote and (won) ESPN.com’s inaugural Whammy award”. (“ESPN.com’s Aimee Crawford talked with” Mineo about this in 2015).

Paula Deen’s “gone bananas for our local baseball team, The Savannah Bananas, and in their honor, I thought I’d share some banana recipes with y’all…,” Deen said in a Facebook post.

You can get that special banana recipe here.

According to Dick Vitale Online, “Dickie V went to his first baseball game when he was 6 years old in 1946 at Yankee Stadium to see Joe DiMaggio.  Baseball still remains one of his true passions.”

“I’m just a baseball fan — I’ve been that way since I was a kid,” Vitale, ‘who grew up in Passaic, N.J.’ said to Monogan. “My mom made a Yankees uniform for me. Going to see the Yankees was the biggest thrill in the world. I’m not proud of it, but in high school, some of my buddies and me wouldn’t go to class and go to Yankee Stadium. We’d hang out outside and try to see the players coming in — Casey Stengel, Berra, Mantle. … I was a Yankee fanatic, but when I moved here, I believe in [hometown] loyalty.”

Aside from baseball, Phelps has been a huge advocate for mental health. Per Forbes’ Michelle Bruton, “Phelps has been vocal about the toll professional sports can take on athletes’ mental health. In 2020, he produced and narrated an HBO documentary, The Weight of Gold, which shed light on the anxiety and depression many Olympians experience when the cameras are turned off.”

According to Bruton, “Phelps shared some thoughts on what can be done to better support Olympic hopefuls and veterans alike. Ultimately, he said, it’s all about what you can control. ‘For me, it’s working out,’ Phelps said. ‘It gets my mental health and my physical health right. That makes me me. Every day that’s something that I need, that’s something I can control.'”

Not just a fan of the game, Tim Tebow stepped up to the plate, literally, and played in the New York Mets’ system, hitting homer after homer after making the switch from college football and the NFL to professional baseball. Tebow hit 18 homers and 107 RBI’s in his pro baseball career (per MiLB). Not too shabby if you ask me, putting in work to contribute in a meaningful way to his team in a completely different sport.

When you think of Paul Rudd, the Avengers may come to mind as Rudd plays Antman. Or there may be another film where you recognize Rudd from. Aside from movies, Rudd has been a staple at Kansas City Royals games and you could see his support during Royals’ run, including their recent World Series in 2015.

It’s all in the family as, according to Bleacher Report’s Tyler Brooke, “Rudd did an interview with KMBC (after Game 4 of the 2014 ALCS), joking that everyone was invited to his mom’s house for a (party) to celebrate”.

How ’bout those Cubbies. Of course, you may already know of the Chicago Cubs getting their historic World Series win in 2016. And one of the many Cubs fans throughout the states who was soaking in the much-anticipated win after decades-upon-decades since their last World series championship was Bill Murray, a huge fan of the team.

Texas and George W. Bush just go hand-in-hand together. There’s something abut that combination that just fits and screams, America!!! That’s why this partnership of the former president of the USA with the Texas Rangers was a great match.

NBC Sports’ Craig Calcaterra details how this call came about eventually in 1989 (more than a decade before he became president), how “George W. Bush ‘buys’ the Texas Rangers…There’s a reason for the quotes in ‘buys’ in that headline: the future President of the United States hardly put up any money for the team at all. The purchase was overwhelmingly financed by others…He regularly attended games, often sitting in the stands with fans and signing autographs for anyone who approached him. He was a generally well-liked figure among Rangers fans, in no small part because the team got better in the six seasons in which Bush served as an active owner, finishing above .500 in four of those seasons.”

Washington is on this list solely because if you’ve seen him in public or at a ball game, it’s likely he’s rocking that classic New York Yankees ball cap, a logo known worldwide, and he apparently really knows his Yankees trivia.

Here’s some trivia, too. Fun fact: Washington is my favorite actor. It seems the movies he chooses to act in usually have deep meaning behind them, portraying a message bigger than the screen. Prime example: “Remember the Titans”.

Another movie he played in just so happened to have baseball in his character’s story, as well. The Guardian’s Peter Bradshaw describes Fences as follows: “Washington directs and stars in this intelligent and brilliantly cast adaptation of August Wilson’s play about a garbage collector who was once a baseball star”.

Who’s your favorite actor, musician, professional athlete, politician, or person who roots for your favorite team? Let us know in the comments! And whatever team you root for, know you are enough. No celebrity needed, you’ve got what it takes to have a good day (including if your team has good days or bad days). Take it one day at a time, enjoy each moment, and you are a celebrity in your own way. Don’t live to please others but have confidence in your giftings in how you can impact your inner circle and community. You got this!