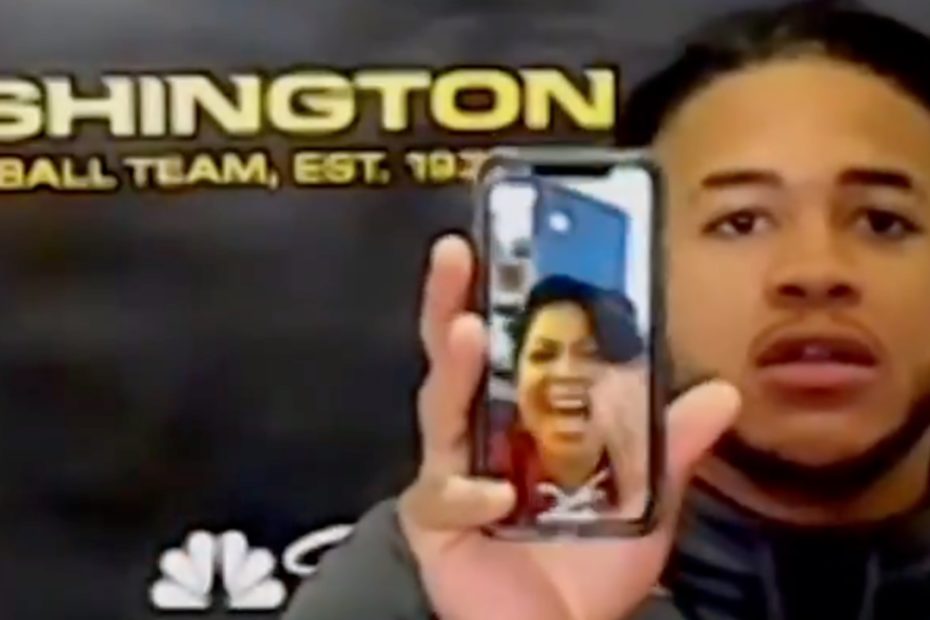 The Washington Football Team is first place in the NFC East. You heard that right.

In a year where there was a changing of the team’s nickname to drafting this guy, Chase Young, with the second pick in the NFL’s 2020 virtual draft, the Football Team is on a four-game winning streak. Don’t look now, but this team’s a true playoff contender.

And Young has been an integral part of this win streak, leading to the team’s first place standing. From tackles, to tackles for loss, to quarterback hits, to forced fumbles, Young has been all over the field.

On Sunday, that was no different. The only difference was the unique setting they were in as they were the visiting team in Arizona facing the 49’ers. Young put up these numbers in the desert, including a touchdown:

That’s right, Football Team’s Twitter, you do need to clear your throat for that one, listing off all those stats.

Guess who was right there with Young on FaceTime after a huge game for the former Ohio State defensive end. Young’s mother.

Watch Young’s mom on FaceTime give her son props after the game:

“I’m just so worn out…I couldn’t even believe it, I was in shock…he got it and kept trucking,” Young’s mom said on FaceTime about her son’s touchdown at the post game press conference.

“Love my mama!” Young said, retweeting about his mom joining him at the podium on FaceTime.

Young and his team have been advocating for people to vote him in to the Pro Bowl, including retweeting (as it counts as a vote from December 1 – 17 with certain guidelines as mentioned in these NFL rules), especially after a performance like that against the 49’ers.

In other Washington Football Team news: