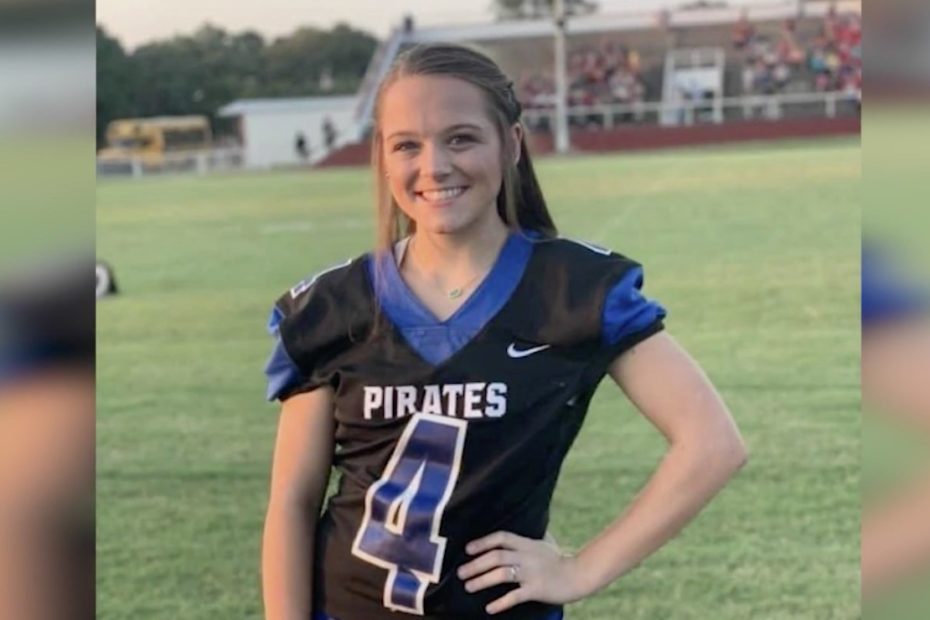 Cheerleader Hospitalized After Goalpost Falls on Her, Pinning Her to the Ground

Cheerleader Hospitalized After Goalpost Falls on Her, Pinning Her to the Ground

Jenessa Thompson remains in the ICU after a goalpost fell on her during a high school football game while she and the rest of her cheerleading squad posed for a picture. The post pinned Thompson to the ground for an unknown amount of time.

The good news is that Thompson’s grandparents said that even though she remains in the ICU, she is “awake, talking, and she gave a thumbs up” days after the goalpost fell on her. Jenessa’s grandmother, Debbie Thompson, opened up about that scary night, that could have been a lot worse, while talking with KFOR.

RELATED: 25 Dad Hacks That Range from Genius to Hilarious

“She was out of breath and she said grandma get to the football field now,” Debbie recalled when she received a phone call from another one of her granddaughters. “I’m going and I ran,” she said when she learned what had happened to Jenessa.

Luckily, Debbie only lives five blocks from the field. When she arrived, she saw her 15-year-old granddaughter laying in her cheer coach’s arms, KFOR reported. “She wasn’t responsive that I could tell, her little arms were limp. She was moaning but pretty much unconscious.”

After being airlifted from the field, Debbie said there was a long wait before they were given an update on Jenessa’s condition. As they waited, people from their small Oklahoma town gathered in the parking lot of the hospital to offer her and her family support. Thankfully, they ultimately received good news.

“They said they couldn’t find any brain bleeds. That was a real honest to goodness hallelujah, God is good, that’s when the tears came, that’s when we cried and everybody was jumping up and down. It’s just a freak accident it’s nothing that anybody could’ve foreseen.”

According to The Lawton Constitution, Jenessa did suffer a broken jaw in the incident and may need surgery, but doctors believe she will make a full recovery. “We’re not out of the woods yet. But we’ve witnessed a miracle.”

Doctors are still observing Jenessa to make sure no other problems arise. However, her grandparents are hopeful that she will be discharged too.