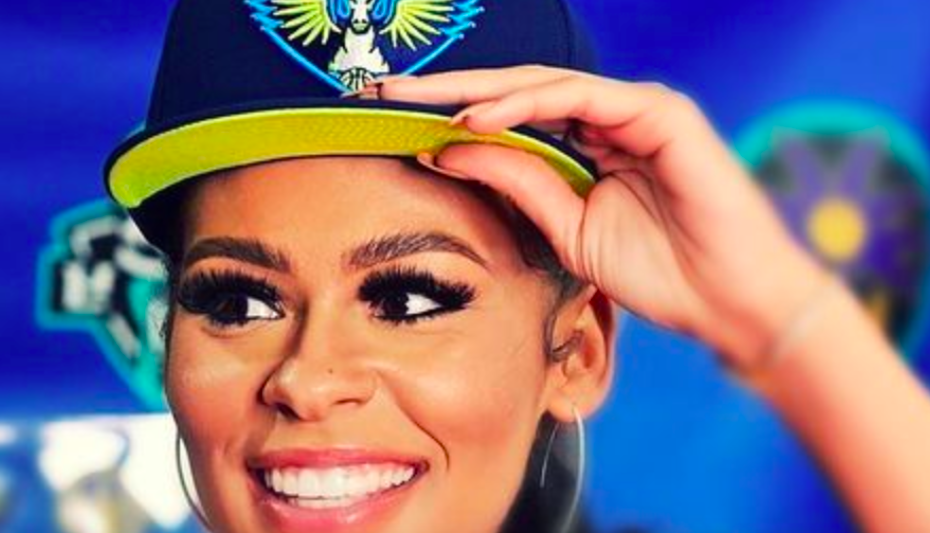 Chelsea Dungee was an All-SEC First Team (Coaches) guard, a Women’s Basketball Coaches Association All-American, an AP All-American Third Team guard, and was on the Wooden Award national ballot as a senior with the Arkansas Razorbacks.

The guard’s time with the Razorbacks in college hoops included a lot of points. That would be 1,903 total points to be exact throughout her three years with Arkansas (she played with her home-state Oklahoma Sooners her freshman year where she averaged 7.4 points per the Razorbacks site.

Points would continue from college to the pro’s.

First, start at April 15 where, with the fifth pick in the 2021 WNBA draft, the Dallas Wings took Dungee per ESPN’s Mechelle Voepel.

Then, head exactly a month later to May 15, when Dungee would score her first WNBA points.

It happened with just over a minute to go in the game. What happened in LA for Dungee isn’t just any basket. This carries with it so much meaning for her and her family. Not only was this the Arkansas Razorback guard-turned WNBA guard’s first WNBA bucket, it was also a moment that happened after several moments of her mother’s support throughout her life which, of course, helped lead to that point.

Dungee was featured in a People’s Lindsay Kimble exclusive which was released on May 14, just a day before her first WNBA points. It shows some of the journey with her mother and what it means to make it to the league.

According to Kible, “Dungee’s mom raised her as a single parent, never missing a home game, she recounts.”

“She made a lot of sacrifices,” Dungee said per People. “She gave up her dreams so that I could live out mine. Taking off work to come to games, having to do sponsors all the time to help me…A lot of times, she could be doing other things to help benefit herself and help her grow, but she didn’t…She took me to the gym. She worked out with me, ran with me, conditioned with me. Always cooked for me when I got home. Just everything. She did everything. It seems like a sacrifice in every way. But to her when I say thank you for everything, she was like, ‘It wasn’t a sacrifice. That’s what I wanted to do. I wanted to do that for you. I wanted to do all those things.'”

Along with being in the WNBA, per the Razorbacks site, Dungee “earned her BA in Communication degree this past spring”.

“To actually be in the WNBA is just … I don’t even know if it’s shocked, but … it’s crazy because it’s just a long dream and you’ve made it to the highest level possible,” Dungee said to People.

From LA to Dallas, the Wings will play at home on Saturday, Dungee’s next opportunity to add to that points total. This time in the WNBA.