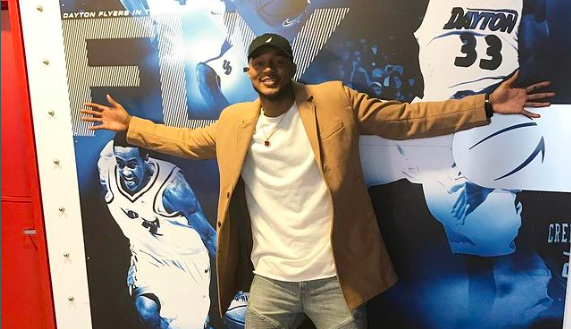 Chris Wright, 32, Shares Vulnerable Story of How He Learned to Live With Multiple Sclerosis

Thirty-two-year-old basketball star Chris Wright recently opened up about how he grappled with the diagnosis that nearly cost him his career.

Multiple Sclerosis, oftentimes referred to as MS, is a disease that slowly erodes the protective covering of nerves, causing impaired coordination and a disconnect between mind and body. The disease is devastating for anyone who receives a diagnosis, and for someone whose career revolved completely around physical activity, it is all the more shocking.

In an interview with ESPN, the athlete detailed his early signs of MS, explaining that he was overseas in Turkey when he noticed a tingling in his right foot. Although he tried to write it off as typical soreness from basketball practice, he awoke the following day with the right side of his body completely numb.

“I couldn’t walk. I fell to the floor. I was paralyzed,” he commented.

It took a series of multiple tests for him to understand his diagnosis. After being told by my doctors that playing basketball was unlikely, he refused to give up. Grappling with his illness was one thing, but giving up his passion was something he refused to do. “I never cried one time, I never had that feeling it was over,” Wright shared during his interview. “I just said, ‘We’re going to figure this out.’ “

And, figure it out he did. Despite bouts of excruciating pain and visits to doctors across the country, Wright found a once-a-month injection treatment plan called TYSABRI, which decreases the risk of MS related cognitive relapse.

“I kept grinding out, told myself I would walk again, run again, jump, shoot, dribble, everything. [Relearning] was the hardest part, but it happened quick,” Wright recalled.

After committing to a decade of monthly injections to stop the progression of his disease, it was almost a year into treatment that he was offered a contract with the NBA. Making his debut with the Dallas Mavericks, the basketball star became the first-ever NBA athlete to have a multiple sclerosis diagnosis.

“The universe spoke to me,” Wright relayed. “Making the NBA solidified it for me. I did it [and] it wasn’t supposed to be done. This is a live universe and I’m living testimony to that.”

The athlete continues to play on international teams and has become a father of three children with his high school sweetheart. Today, he lives medication-free and obtains a happy outlook on life.