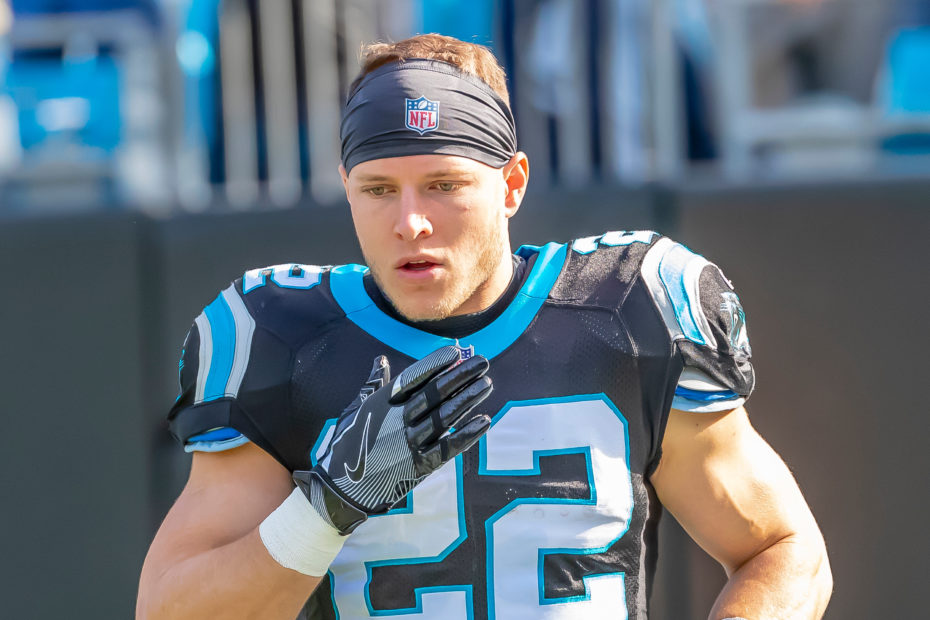 Carolina Panthers running back Christian McCaffrey reportedly had the “bougiest room on the team” when he arrived at the team’s training camp.

“I’ve got a lot of stuff in my room, I’ll be honest with you,” the 26-year-old athlete relayed during an interview, according to ESPN. Smiling with ease, he added, “Definitely a bougie room.”

But, what exactly made the running back’s room so different? Apparently, when he arrived for summer training, he came prepared for comfort. In his bag, he packed pillows, blankets, and even candles to acclimate him to his new environment. His room was so spectacular it left other Panthers feeling insecure about the ways their rooms were decorated.

“I like to come back to my room and [be] comfortable,” he explained. “It looks like half of a training room and half of a Four Seasons room.”

McCaffrey also shared that his levels of comfort depend on his mood in the morning. And, in order to ensure his morning starts off right, he explained that he has to, “make sure I step on a comfortable rug in the morning.”

However, McCaffrey’s definition of comfort apparently direct coincides with having candles in his room as well. Carolina’s quarterback Sam Darnold couldn’t move past the fact that his teammate showed up to training camp with multiple candles.

“I mean, he’s got all the candles … he’s got as many blankets as you could ever dream of,” Darnold explained. The quarterback added that he was not passing judgments and rather, he was jealous. “Which I love, you know. It’s great to be able to have those things and do it that way.”

In fact, seeing McCaffrey living life in such luxury inspired Darnold to go out to the store and purchase his own amenities. “But, you know, being here for a couple of weeks I figured maybe one candle would be good,” he said. “I might go to Target and get a candle. That’s a good idea. He’s got a lot of stuff for recovery in there too. So yeah, he’s got it made.”

Alongside Darnold, rookie quarterback Matt Corral didn’t come as prepared as McCaffrey. “I wasn’t aware of what we were getting supplied with,” he commented. “I came empty-handed. I had to do a Target trip, but we got it situated. I had to get a blanket and a pillow. It was just a little sheet in the room with a little blanket and cold in there.”