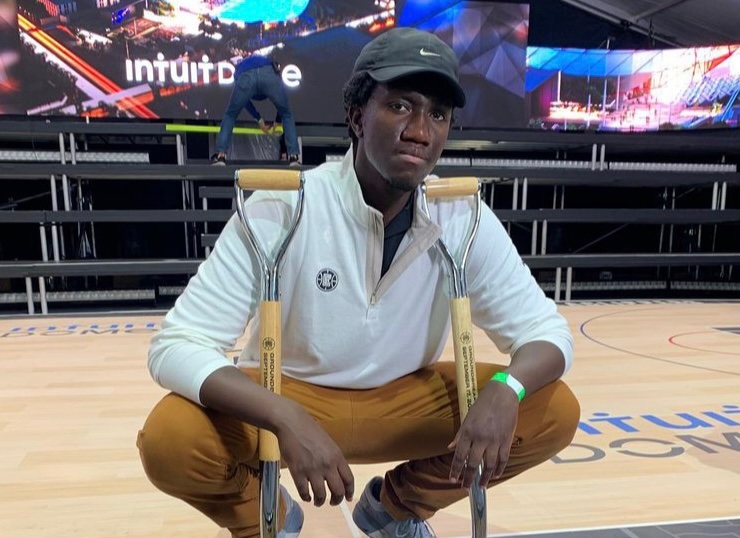 Beloved Los Angeles Clippers’ video assistant Assane Drame has sadly passed away at the age of 26 due to a fatal car accident. Upon hearing the harrowing news, the team referred to him as a “gentle soul” and who was passionate about the work he put into the world.

“He was a hard worker and a gentle soul, passionate about his craft and kind to his colleagues, earning the respect and admiration of players, coaches and staff,” the team stated, according to The Los Angeles Times.

“What stood out is his presence when he was just in the building,” Taylor Forte, a colleague who met the young videographer while collaborating on shows in LA, shared. Forte additionally added, “Even if we weren’t on the same show at the same time, whoever he would pass in the hallway, he would have this big, big smile.”

RELATED: Klay Thompson Reveals the Truth About What 2020 Taught Him: ‘The World Needs More Love’

As reported by FOX11, Drame pulled his Honda Accord to the side of the road of the 10 Freeway by La Brea Avenue when he was facing call troubles. Upon pulling over, he was struck by an oncoming vehicle and sustained fatal injuries.

His sister, Fatou, stated that their family became concerned after Drame did not show up to work. She then went on to confirm his passing on Twitter Wednesday night. She wrote, “I tried to reach out to as many people as I could personally. I’m sorry if this is how you find out, but unfortunately, Assane passed away from a car accident.”

When Nicolas Batum, forward for the Clippers, discovered the news, he gave his condolences on social media. “Just heard the sad news. Rest In Peace King,” Batum said.

Remembering Assane Drame and his legacy

“Assane Drame is an all-around content creator with experience in videography, photography, editing, and writing. Born in Bronx, NY and raised in Lindenwold, NJ, Assane is passionate about the world of digital media, content creation, and forming relationships with those who he works with,” his personal website reads.

The biographer also includes, “Specifically with sports, he has put two of his passions into one and strives to learn, improve, and create as often as he can.”

A graduate of Rowan University, he studied radio, television, and film. Drame landed him an internship with a digital media intern at NBC Sports Philadelphia and additionally was a TV production intern for the show WHYY-FM show You Outta Know.

Taylor Forte also included the moving sentiments in regards to the videographer, “So understanding, so welcoming, so nice, so kind, at all times. It’s difficult to be a good person in this world but he was somebody, everything he did he exemplified what a good person is.”