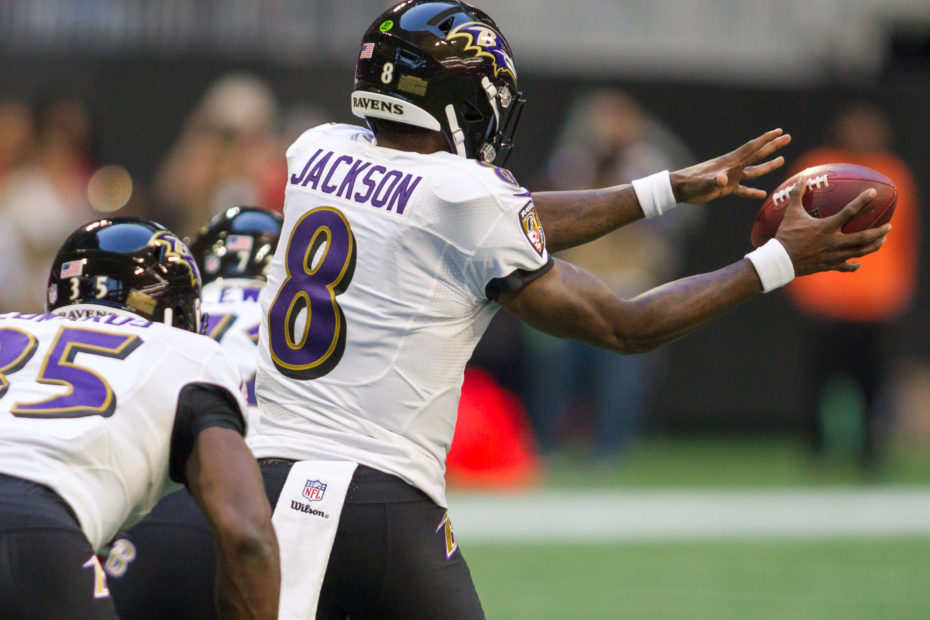 With the pressure and stakes high during Sunday’s Baltimore Ravens versus Kansas City Chiefs game, Baltimore’s head coach John Harbaugh made an important decision when it mattered most. With only a mere minute left on the clock and a one-point lead over Kansas City, star quarterback Lamar Jackson was facing a wrenching 4th and 1 from their 43-yard line.

Had the Ravens decided to punt the ball, Patrick Mahomes of Kansas City likely would have gotten control over the ball and the chances of winning would decrease. During this trying time, coach Harbaugh demonstrated a level of trust with his former MVP quarterback and left the big decision up to Jackson.

“Lamar! Lamar,” the head coach hollered from the sidelines of the field. He then posed the question which exhibited a special amount of trust with his player, “Do you wanna go for this?”

With Jackson known for his impressive stamina and acquired skill, there was no way he would have backed down from this challenge and he signaled his answer was yes. The players lined up on fourth down and Jackson rushed for two more yards, securing not only the first down but also leading the Baltimore Ravens to victory over the Kansas City Chiefs.

RELATED: Michael Strahan Opens Up About His Upsetting Past: He Didn’t Just Experience High School, He ‘Survived’ It

John Harbaugh says he knew Jackson would go for it, but ‘wanted to make sure’

Harbaugh also went into detail about how proud he was of the team in a post-victory speech in the locker room. “We’ve had great wins around here,” he shared. The 58-year-old continued and offered the sentiments, “but I don’t think we’ve had one bigger than that. I don’t think we ever have. Here’s what I love about that win… we said, ‘It ain’t perfect. It’s not pretty, but it’s us. It’s us.’ That’s the Ravens. We know it; that’s the Ravens.”