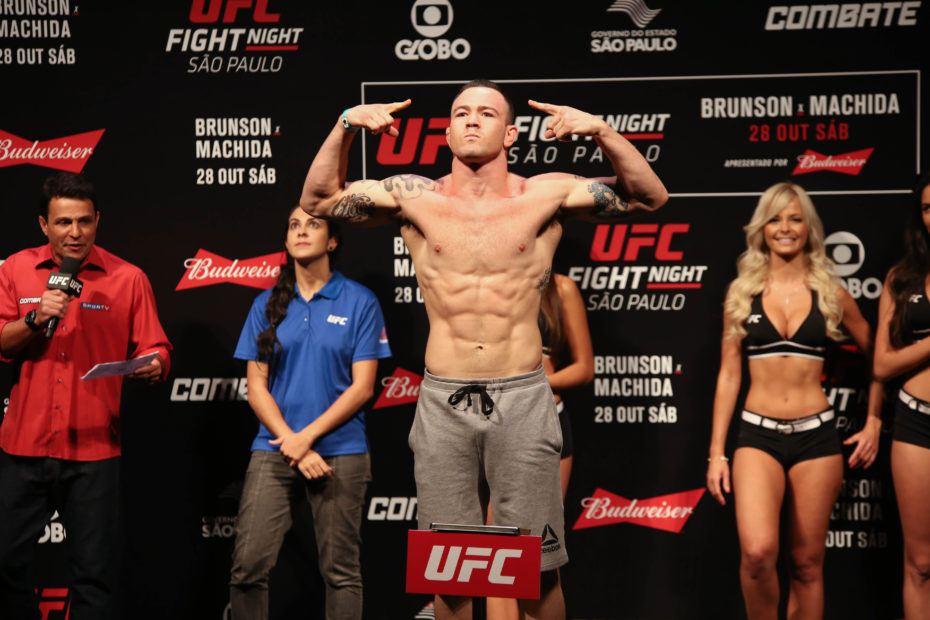 UFC fighter Colby Covington recently claimed that his rival Jorge Masvidal gave him brain damage after the two engaged in a brawl outside of a restaurant.

In late March, Masvidal allegedly attacked Covington in Miami Beach, Florida. According to court documents obtained by ESPN, Masvidal was accused of aggravated battery and criminal mischief, to which he plead not guilty.

The courts claim that he struck Covington with a deadly weapon (his fists) with intent to cause bodily harm and was responsible for $1,000 worth of damage to Covington’s property. Masvidal is currently not being held by Florida police but has been issued a stay-away order. He will be punished if he comes within 25 feet of Covington.

Bradford Cohen and Mauricio Padilla, attorneys of Masvidal reportedly had no objections to this order, but intend on filing a motion to inspect the damage to Covington’s medical tests and property. Speaking on behalf of the stay-away order, the attorneys shared that they“understand [Colby] is scared of Masvidal.”

The 34-year-old professional mixed martial artist claimed that his rival broke his tooth following a report to police after the incident. However, upon further medical examination, Covington claims that Masvidal caused brain damage. The event occurred outside of Papi Steak restaurant in Miami Beach and Masvidal made it clear as to why the attack occurred.

A video emerged on Twitter of the alleged attack and depicts the 37-year-old fighter aggressively talking to the younger UFC star. Claiming that the younger fighter talked negatively about his ex-wife and kids, this is presumably what prompted the assault.

RELATED: Brittney Griner, 31, Continues to Stay in Russian Detention Center While Other US Prisoners Are Released

“You talk that s—, you got to back it up. That’s how my city rolls, man,” Masvidal said in the video, moments before fists were flying. He added, “You shouldn’t have been talking about my kid.”

This was likely a reference to the March 5  Las Vegas UFC fight between the two men. Ahead of their fight, Covington allegedly bad-mouthed his rival’s family. After this event, Masvidal made it clear that fuel was added to the fire that is their relationship. Since they both live in the same Miami area, the 37-year-old shared he would not hesitate to fight his rival if they ran into each other.

Prior to their feud, the two were best friends, roommates, and training partners at American Top Team in Coconut Creek, Florida. Yet, their partnership was quickly turned around.

Masvidal’s court date is scheduled for May 12th.