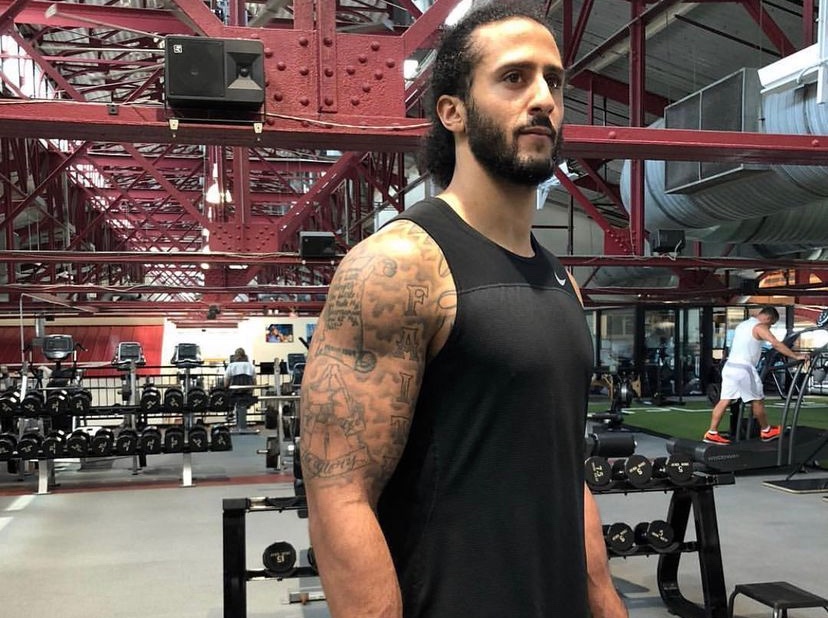 Colin in Black & White, the Netflix series of former San Francisco 49ers quarterback, Colin Kaepernick, is premiering on October 29th for a limited time. The show depicts the NFL star’s high school years as a 17-year-old and is described by Netflix as a coming age story of sorts.

The series aims to “[tackle] the obstacles of race, class, and culture as the Black adopted child of a white family.”

Netflix has announced the release date of the project, as well as a full cast list. High school-aged Colin is played by Jaden Michael. Rick and Teresa Kaepernick, parents of the 33-year-old football player, are being portrayed by Nick Offerman and Mary Louise Parker.

Colin Kaepernick is ‘excited’ to share his co-created project

“I’m excited to share this first peek into a project I co-created with the incomparable Ava DuVernay over the past couple of years,” said the former 49er during the press release on Thursday. “I look forward to the world meeting the incredible Jaden Michael, a young actor who plays me during my high school years, just a kid growing up in Turlock, California who wanted to play ball.”

Additionally, the series is going to be narrated by Kaepernick himself. Netflix has stated that the purpose of the narration is to, “[guide] viewers through a robust and colorfully presented array of historical and contemporary contextual moments.”

“Too often we see race and Black stories portrayed through a white lens,” the quarterback went on to elaborate in his press release. He explained, “We seek to give new perspective to the differing realities that Black people face. We explore the racial conflicts I faced as an adopted Black man in a white community, during my high school years. It’s an honor to bring these stories to life in collaboration with Ava for the world to see.”

In 2016, the 33-year-old’s conversation about the importance of racial equality was sparked when he was seen kneeling during the National Anthem in an attempt to bring attention to police brutality and civil injustice. Since this incident, he sparked the #TakeAKneeMovement, but did not renew his contract with San Francisco, and has not participated with the NFL since.

In June of 2020, DuVernay expressed how she looks forward to working with Kaepernick, offering, “With his act of protest, Colin Kaepernick ignited a national conversation about race and justice with far-reaching consequences for football, culture and for him, personally,” and went on to say, “Colin’s story has much to say about identity, sports and the enduring spirit of protest and resilience. I couldn’t be happier than to tell this story with the team at Netflix.”