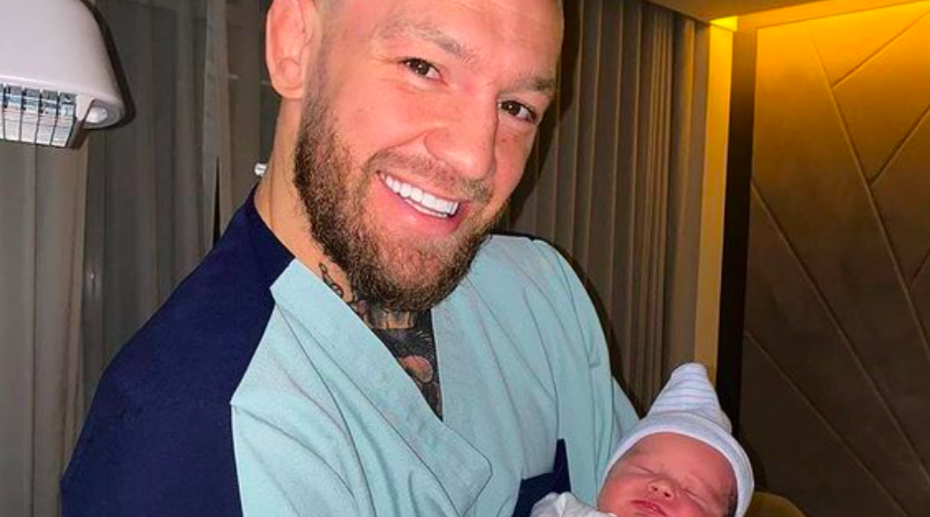 Conor McGregor Welcomes Newborn Son, Rían McGregor, To The World: ‘The McGregor Clan Is Now A Family Of 5’

Conor McGregor and his family recently welcomed another little one to the world!

The MMA fighter announced that “The McGregor Clan is now a family of 5. Healthy baby boy delivered!”

Congrats to the McGregor clan!

“Baby and Mammy Wonder Woman are doing great! God, I thank you for everything you give to me and my family in this world,” McGregor said in the Instagram post. “My new born son, Rían McGregor”.

RELATED: Connor McGregor And Dee Devlin Expecting A Little One In 2021!

Conor, Jr. and Rían now have birthday’s close together in May. With the looks of Conor, Jr.’s birthday party, it looks like the McGregor family may have some epic birthday parties in the month of May.

According to USA Today Sports Blue Corner’s Farah Hannoun, Rían “is the third addition to the McGregor family, which has already welcomed 4-year-old Conor Jr. and 2-year-old Croia.”

Little Rían was their much-anticipated baby boy this year as Conor announced the pregnancy in December with family was wearing matching Christmas clothes.

“Happy Christmas everyone, from my family to yours. So much to look forward to in 2021,” McGregor said in that post.

That baby is now here!

And so many people are happy for Conor, Dee, and their family.