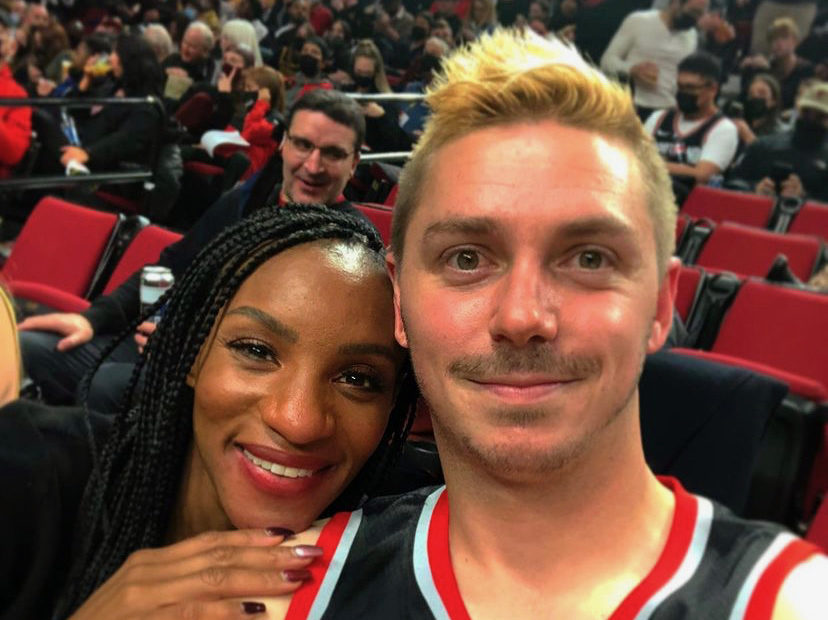 USWNT Star Crystal Dunn is Expecting Her 1st Child: ‘We Are So Excited and Happy’

Announcing through an Instagram post, the couple’s baby is expected to be welcomed into the world by May of 2022. “The biggest blessing of them all: We are so excited and happy to be adding a member to our family in 2022,” the notable soccer player wrote in the caption of a photo that showcased her big announcement.

Soubrier also announced the pregnancy via social media, but opted for the more discreet caption, offering the fact that he is proud of his partner. “Boom let’s go! So proud of you @cdunn19,” he stated.

Crystal Dunn discusses life with her husband after settling in Portland, Oregon

Although the couple has only been married for three years, their connection is clear and vibrant. However, their marriage has been nothing short of easy. Considering Soubrier took a job in Portland, Oregon shortly after their union, they have learned how to deal with physical distance as a problem in their relationship.

“I think distance is one thing, but my husband and I were living completely on the opposite coasts and it got really challenging,” Dunn reported to PEOPLE.

She then elaborated and revealed the information, “I think at the end of 2020, we were like, ‘Listen, enough is enough.’ We value companionship. We value really just seeing each other and family. And sometimes if that is more important than just work. And I’m really grateful that the Thorns organization was able to get me here.”

“I feel finally settled in my life,” she offered. “I think that is the lifestyle of professional athletes: You’re on the move. You’re on the go. You probably sometimes don’t live with your partners. And I did that lifestyle for about four years, and I just hit a wall. I think I’m at a point in my career where I think that I can do both now, have my family and also be able to compete for championships.”