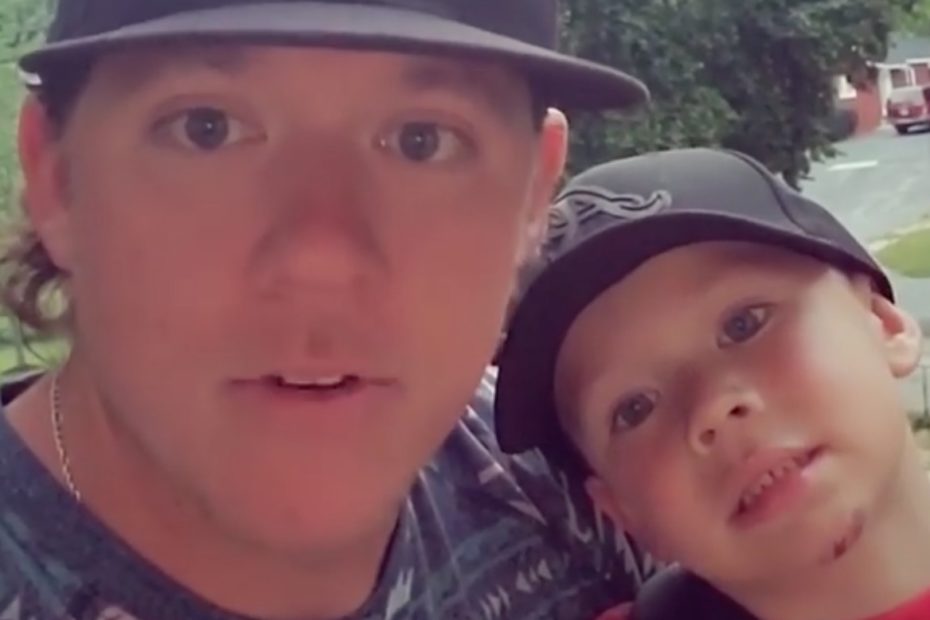 May 1 was a big day for Cory Willig and his young son, Asher. As the proud father explained on Instagram, he and Asher were outside for a good while before his done did the thing he’s never done before.

On Instagram, Willig shared a video of a pep talk he gave his son while the took batting practice on an empty baseball field. As the father explained, the pep talk came after “Asher and I shared probably 20 pitches,” and just “before he hit his first home run over the fence.”

As the above video shows, Asher appears to get slightly frustrated with himself and his dad took notice. In an effort to pump him back up, Willig told his son, “Hey, you’re the best in the world.” And although it’s hard to hear, it also sounds like the father and son then shared a quick prayer.

RELATED: Orioles Outfielder Trey Mancini Opens Up After Being Diagnosed With Stage 3 Colon Cancer During His Spring Training Physical

And then came the big moment neither Asher or Willig will never forget.

As Asher took his bat and tapped home plate, the youngster took his stance and starred the pitcher down and took his swing. And with the sound of the bat connecting with the ball, it went “going, going, GONE!”

It was a home run, Asher’s very first home run. And Willig’s reaction was priceless.

“May 1st, 2020 will forever be remembered in our memory banks,” Willig wrote on Instagram. “For those who have been following Ash and his baseball journey thus far you know what has gone into this moment! HE DID IT!!!! Homerun over the fence! Pretty legit shot too! All those times in front of our house this past month paid off! So proud of you son!”

And did we mention Asher is only four years old?

“What a blessing this all has been and I’d say prayers are truly answered,” Willig concluded on Instagram. “Thank you, everyone, for the positive feedback! Nothing quite like being a father! Love you kid!”

Great job, Asher, we can’t wait to see what MLB team you end up on in the future!