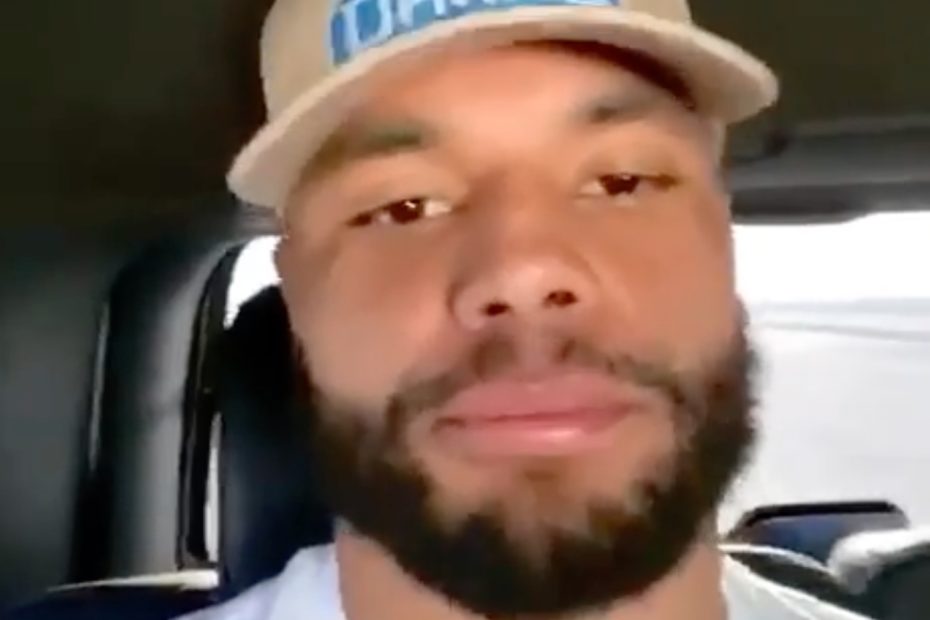 Twenty-eight-year-old Dak Prescott is primarily known for his work in the National Football League being a quarterback for the Dallas Cowboys. According to the son of Cowboys’ cornerback Trevon Diggs, Prescott has recently added another skill to his list of credentials: He is also a Patrick Mahomes doppelganger.

The HBO documentary “Hard Knocks” follows the ups and downs of the NFL. This season, the Cowboys have been a team of interest.

With a crew of cameras following around many of the team members, they were able to catch the adorably hilarious moment in which Trevon Diggs’ son, Aaiden, proclaimed with the utmost confidence that Patrick Mahomes had just walked into the room. Although Aaiden surely sounded believable, Mahomes definitely did not walk into the room.

Prior to actually witnessing Prescott, Aiden excitedly shared out, “Imma train for Dak Prescott. He’s my favorite quarterback in my whole entire world.”

However, when the young child actually came face to face with his favorite quarterback, all he could muster out was a humorous, “So, you’re Patrick Mahomes?”

When Aaiden greeted the Cowboys quarterback, he did not seem surprised. Disappointed, sure, but not surprised. Why might this be? Well, apparently, Aaiden has a history of mistaking Prescott for Mahomes. “You think I’m Patrick Mahomes, still?” the quarterback questioned.

Once the quarterback confirmed that he was in fact the child’s favorite player, Aaiden was excited to state, “It’s good to see you,” before they reached out and shook hands.

The two sat down to have a riveting discussion about the differences between Mahomes and the Cowboys quarterback. Prescott made sure to include the fact that Mahomes has much larger hair, whereas he prefers to keep his locks trimmed short and to skin. Although Aaiden didn’t promise the 28-year-old athlete that he wouldn’t mix the two NFL players up, Prescott brought out a present that would be hard to forget the two.

Deciding to add to his collection, the NFL star gifted Aaiden with a brand new jersey that sported his iconic number. However, he couldn’t just give away his jersey to his biggest fan. Prescott jokingly laughed, “I’m going to sign it and I’m going to write ‘not Patrick Mahomes’ so you remember.”