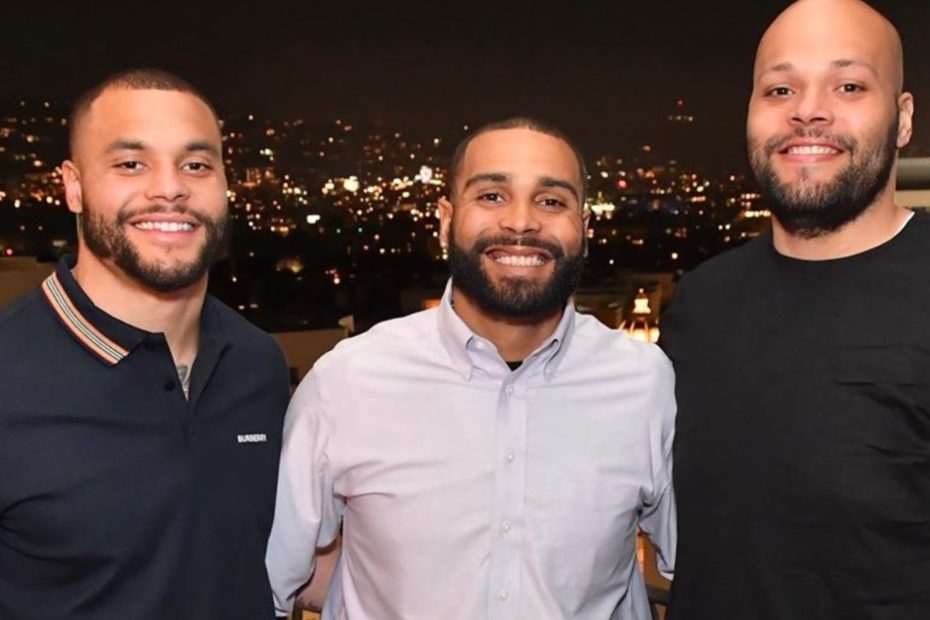 At the age of 31, Dak Prescott’s older brother, Jace Prescott passed away in April, At The Buzzer previously reported. At the time his death was made public, many of the details surrounding Jace’s passing were not immediately known.

And Dak made the decision to remain quiet about his brother’s untimely passing until now. In an interview with In Depth with Graham Bensinger, the Cowboys QB revealed his brother took his own life in April.

Some of those burdens was being the only brother home at the time their late mother was battling cancer. According to Dak, Jace wasn’t much of a talker so a lot of his burdens went unshared. “He didn’t know how to be vulnerable about it.”

But Dak knows it impacted Jace “immensely.” “My mom was everything to all of us,” he told Bensinger.

And after learning about brothers passing, Dak started to get more vulnerable with the feeling of anxiety and depression he had been feeling since the start of COVID-19. “When you have thoughts that you’ve never had, I think that’s more so than anything a chance to realize it and recognize it, to be vulnerable about it,” Prescott said.

“Talked to my family, talked to the people around me simply as I did at the time. Some of them obviously had dealt with it before, was able to have those conversations and then reach out further just to more people. I think being open about it and not holding those feelings in was one of the better things for me.”

His honesty and openness about his struggles with anxiety and depression have been praised by other athletes around the league, like Hayden Hurst and Aaron Rodgers.

As Dak continued, those emotions and feeling made it difficult to sleep. Until one night, for no known reason, the quarterback got the best night sleep he’s had in months. It was the following day that he learned about Jace’s suicide.

Dak’s father was the one who woke him up that morning to let him know what happened. The 27-year-old had slept through the several phone calls from his oldest brother Tad. “It was some of the worst news I’ll ever get.”

In the same emotional interview, Tad admitted that he felt like he let his mom and two younger brothers down. It was his mom’s dying wish that Tad be the one to keep his brothers together and to not know the pain his brother was going through, made him feel like he failed.

“Mental health is a huge issue and a real thing in our world right now, especially the world we live in where everything is viral and everyone is part of the media,” Prescott said. But while a person’s burdens may be too much for them to bear. A person’s burdens is never took big for a community to bear together. “I think it’s huge to talk. I think it’s huge to get help. And it saves lives.”

Dak said he would want his brother to remembered as a “crazy athlete with such a big heart,” who gave the best hugs. “I will never get another hug like the ones that he gave.”