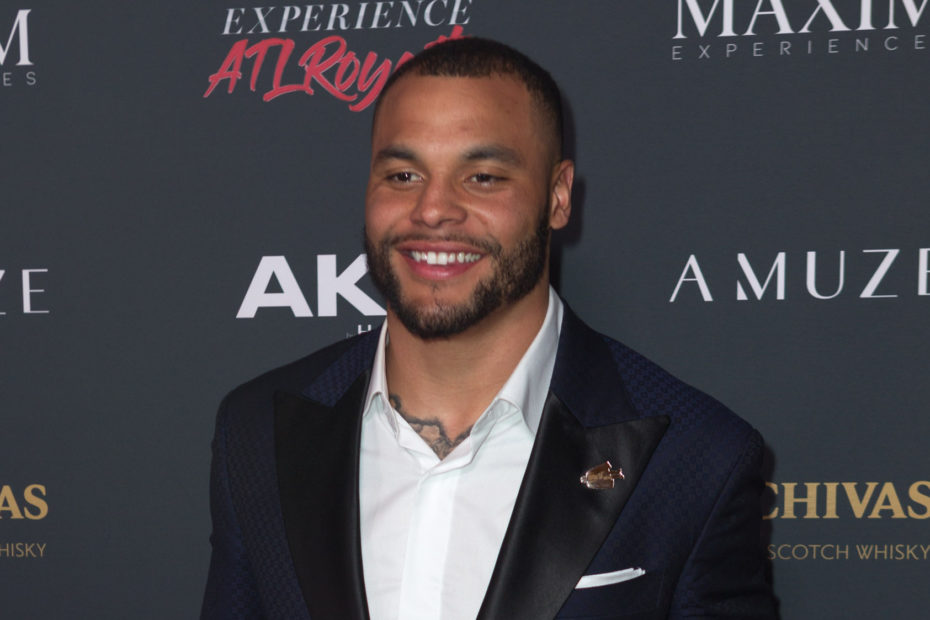 After the Dallas Cowboys lost Sunday’s game against the San Francisco 49ers, quarterback Dak Prescott had an emotional response to the loss.

Once the game’s final score of 23-17 was called, the referees were quick to exit the field because fans had begun throwing trash at them. When asked about this incident during a post-game interview, the 28-year-old athlete seemed to condone the actions. “Credit to them then. Credit to them,” he said in reference to the fans that were causing a disturbance.

However, once his opinions hit the public, Prescott received a wave of criticism throughout the NFL world.

Shannon Sharpe, a sports analyst for UNDISPUTED, questioned, “Why are you encouraging your fanbase to throw trash?” and even relayed, “I have a huge problem with this, that’s bush league, Dak Prescott.”

In addition, fellow sports analyst Skip Bayless expressed similar sentiments. “Yesterday Dak went completely over the edge. That was just so wrong. You’re the face of the franchise, you make $75M and you’re condoning fan violence? It was stunning to me,” stated Bayless.

Dak Prescott apologizes for his commentary about fans throwing trash

“Yesterday Dak went completely over the edge. That was just so wrong. You’re the face of the franchise, you make $75M and you’re condoning fan violence? It was stunning to me,” the quarterback wrote on Twitter.

“I hold the NFL Officials in the highest regard and have always respected their professionalism and the difficulty of their jobs,” he continued. He additionally shared, “I was caught up in the emotion of a disappointing loss and my words were uncalled for and unfair.”

The NFL player closed the apology with the statement, “That was a mistake on my behalf, and I am sorry.”

The NFL referee association additionally took to Twitter to condemn the actions of the fans that were hurling garbage, in addition to the quarterback. “The NBRA condemns the comments by Dak Prescott condoning violence against game officials,”  the association wrote. “As an NFL leader, he should know better. We encourage the NFL to take action to discourage this deplorable behavior in the future.”

Stephen Jones, executive vice president for the Cowboys, also gave his thoughts on the incident. “That is just unfortunate,” Jones said, according to ESPN. “That is not the way I see our fans. I think we’re a class act. I think there is no place for things like that.”