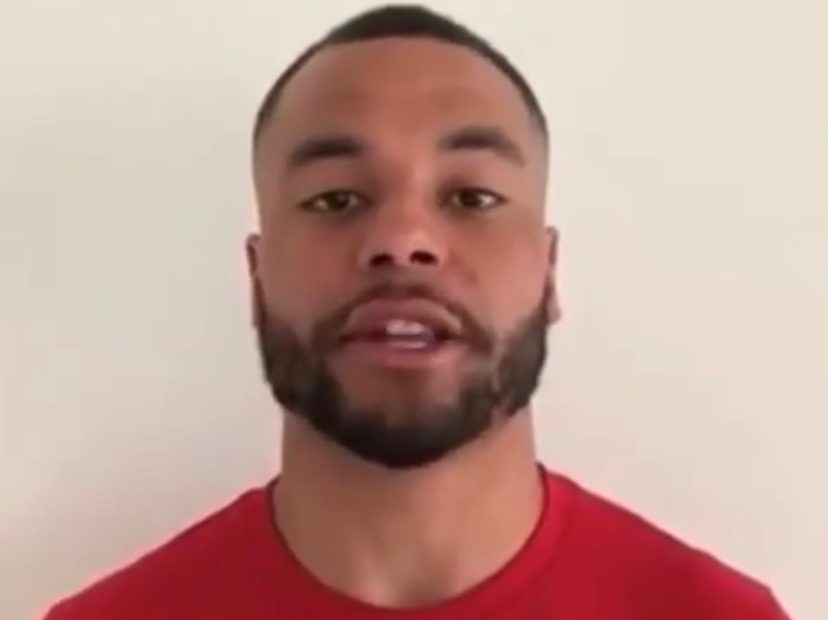 Dak Prescott, the quarterback for the Dallas Cowboys, has recently been spotted during football games with a heartwarming message written on his wrist tape. On his left hand, his tape reads “Ask 4 Help!”, words of encouragement he would like to send to those who struggle with mental health.

On Sunday, the athlete faced a difficult game against the New England Patriots all whilst struggling with a recent calf injury. On top of this all, in recent years he has experienced the loss of both his mother and brother.

Prescott more than anyone knows that mental health is an incredibly important subject that needs to be brought to the attention of others. His campaign message was clear: he seeks for individuals to have better access to mental health resources in order to guarantee a better quality of living.

“I invite you to join us in our mission to champion those who battle mental illness by helping them to realize their lives matter, find their purpose, always know they are not alone and to ask 4 help,” he wrote in the caption of a social media post. He additionally included the sentiments, “Together, we can help #StopSuicide.”

His Instagram detailed the launch of his organization that seeks to improve mental health resources and prevent suicide. His tagline, #Ask4Help, can be seen on shirts he’s selling, of which all the proceeds will go to charity. “100% of the proceeds from these shirts will benefit @faithfightfinish4 and support our efforts to prioritize mental health and stop the epidemic of suicide,” Prescott stated.

Dak Prescott named offensive player of the week by NFC

Considering his dedication to improving the lives of people going through hard times, and his incredible athletic abilities on the field, it should be no surprise that the 28-year-old quarterback was named offensive player of the week.

During Sunday’s game against the New England Patriots, Prescott led his team in a 35-29 victory over New England. This win marked the first time Dallas has emerged victorious against the Patriots and naturally, it was because of their number one player. Considering his 445 passing yards and three touchdowns during the game, he surely deserves the recognition.

The Dallas Cowboys even put out a statement after the occasion, writing, “Sunday marked the first time Dallas has defeated a Bill Belichick-coached team and the 445 passing yards is the most by any opposing quarterback against a Belichick in his legendary career.”