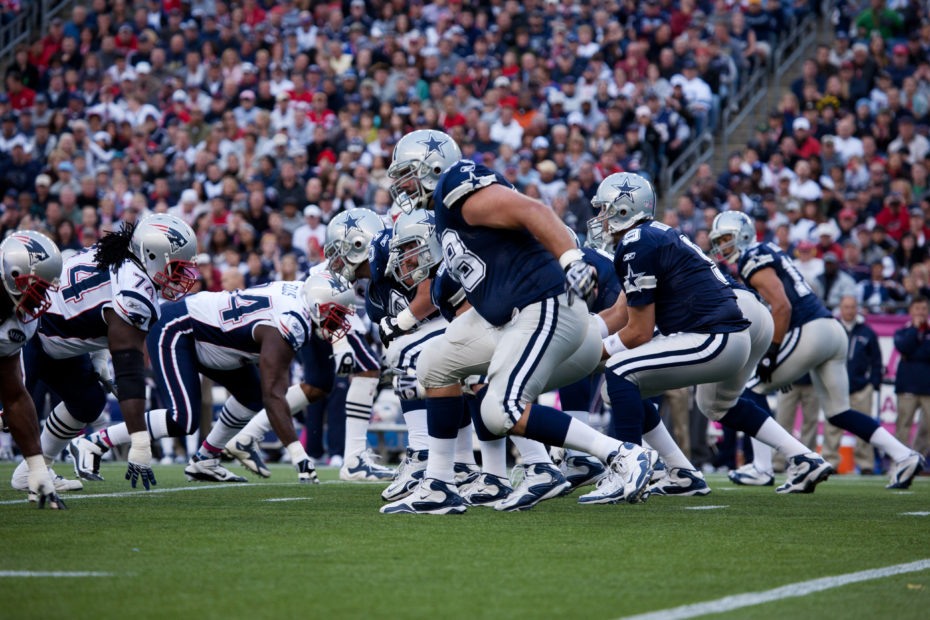 Four members of the Dallas Cowboys cheerleading squad accused Richard Dalrymple, the team’s senior vice president for public relations and communications, of voyeurism. As of now, the team has paid upwards of $2.4 million in the settlement.

The lawsuit dates back to 2015 when four cheerleaders accused the senior team executive of watching them change in a locker room with his phone extended towards them. According to multiple sources, Dalrymple used a security card to sneak into the locker room and watch the women without their consent. Each of the women involved in the suit received $399,523.27 after the settlement was reached, according to a report from ESPN.

In addition to the cheerleader incident, a Cowboys fan alleged that Dalrymple took scandalous and non-consensual photos of Charlotte Jones, the daughter of team owner Jerry Jones. However, the public relations vice president has adamantly denied both allegations.

“People who know me, co-workers, the media and colleagues, know who I am and what I’m about,” he said in a public statement. “I understand the very serious nature of these claims and do not take them lightly. The accusations are, however, false. One was accidental and the other simply did not happen. Everything that was alleged was thoroughly investigated years ago, and I cooperated fully.”

Although representatives of the Dallas Cowboys have discussed during their investigation into Dalrymple’s behavior was void of evidence, the team has never denied him using a security card to sneak into the women’s locker room.

“The organization took these allegations extremely seriously and moved immediately to thoroughly investigate this matter,” a Cowboys communications consultant offered in a statement. “The investigation was handled consistent with best legal and HR practices and the investigation found no evidence of wrongdoing.”

A Dallas Cowboys cheerleader reported anonymously to ESPN that at the time, “It was a very … shut the book, don’t talk about it, this person is going to stay in his position … They just made it go away.”

Randy Horton, a longtime Dallas Cowboys fan even went on record and shared publically that he saw Dalrymple take a photo of Charlotte Jones.

“The first time he reached out from a sitting position behind her, and she is standing with her back to him, and did it once … He looked at the screen, touched the screen and then did it again,” he alleged. “The second time, he’s sitting in a chair at the corner of the table on the left and he held his phone beneath the corner of the table with the camera side facing up where she was standing. And did it again.”

For many months, the allegations went unaddressed due to a lack of evidence. This created a rift between the four women who alleged that they had seen Dalrymple commit an act of voyeurism and the entire team. Although prosecution of the Dallas Cowboys communications vice president was out of the question, a settlement has been created in which claims were disputed, but the women had some sense of financial security.

In addition to the settlement, the cheerleaders are not to discuss the incident and if asked about it, they are to respond with ‘No Comment’.

Director of the Dallas Cowboys cheerleaders Kelli Finglass reported, “This 2015 incident was taken seriously and immediately reported to HR and legal, who launched a full and immediate investigation. The organization further strengthened the security protocols for the DCC.”