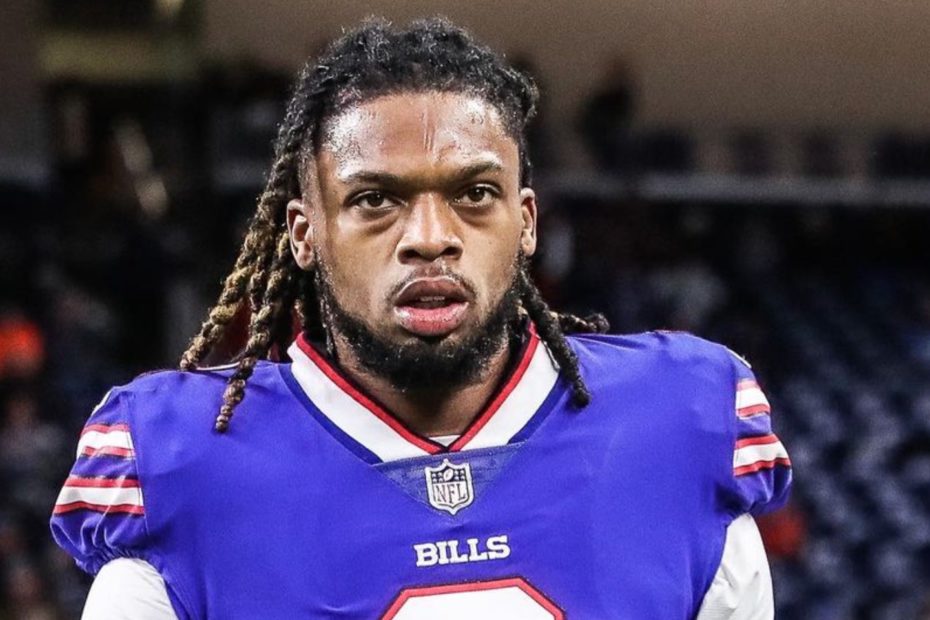 After the collapse of Bills safety Damar Hamlin, the game between the Buffalo Bills and the Cincinnati Bengals was suspended. During the teams’ first rematch on January 2nd, the player who suffered cardiac arrest was honored by both teams.

At the time of the rematch, the 24-year-old had not yet been discharged from the hospital and was only able to watch the game from a private suite with his family. Though he was discharged on the 9th of January, he reportedly still has a lengthy recovery ahead of him. Jordan Rooney, a friend of the athlete, told reporters that Hamlin, “still requires oxygen,” and is “having his heart monitored regularly.”

As the Bills player continues to regain his strength, he has offered countless love for those who supported him through the hospital and through his early stages of recovery. “Putting love into the world comes back 3xs as much… thankful for everyone who has reached out and prayed,” Hamlin wrote on social media. “This will make me stronger on the road to recovery, keep praying for me!”

Since his discharge, the athlete has regularly been visiting with his team to show support for them through the rest of the season. Unsurprisingly, when he is featured on the big screen, entire stadiums erupt into applause for the safety.

Speaking of these special moments, head coach Sean McDermott discussed after the Buffalo Bills’ divisional round playoff game against the Cincinnati Bengals on Sunday what it’s like to see Hamlin return to normal.

“I thought it was a pretty cool moment. The game wasn’t trending the way we wanted it to. But when they put them on the big screen, and just a great moment, keep in perspective, of course on where he was just a few weeks ago,” said McDermott. “So super happy for him and thankful that his health is returning. And I know he’ll continue to take it one day at a time.”

“Just his presence I think speaks volumes,” Bills center Mitch Morse additionally stated, expressing similar sentiments. “His presence alone, his smile, his positive energy, which he’s always had, always interjects energy and good vibes with the group. It was really good to see him.”

Morse added, “I’m really happy for the fans, the crowd, for him to be able to go out there and he’s worked very hard to get in the position he’s at right now.”