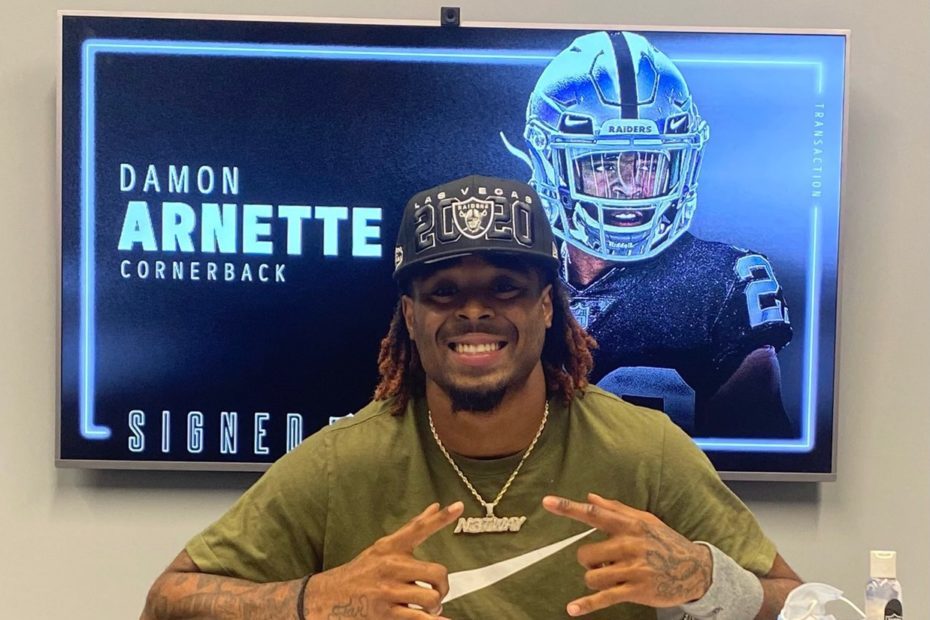 Las Vegas Police responded to the Park MGM resort after the valet department phoned in that a guest had pulled a weapon on a worker. Allegedly, Arnette failed to show his ticket which granted him access to his car, and began yelling, “give me my mother f***ing keys!”

As the situation escalated, according to TMZ, video surveillance was recovered of the athlete, “took a handgun that was concealed from his pants and placed it in the driver’s side interior door.”

The 25-year-old NFL player was arrested following Las Vegas Police pulling over his black G-Wagon on Las Vegas Boulevard. The police department revealed in their report that Arnette was harboring two guns in the vehicle and 3 bags of cocaine, which he claimed was ketamine. In addition, LVPD claimed that Arnette was supposedly in possession of 13.5 ounces of marijuana.

The athlete was booked on account of at least 3 felony charges; carrying a concealed weapon, assault, and drug possession.

This is also not the first time the former Las Vegas Raider has run into trouble with the law. In fact, the reason behind his departure from the team had to do with some questionable criminal behaviors. In November of 2021, the Las Vegas team released the player as a free agent following a video of him threatening an unarmed assailant with a gun.

“There have been a series of bad decisions over the last year or so, but we can’t stand, we cannot stand for the video of Damon with a gun, threatening to take a life,” he went on to explain. “The content was unacceptable, contrary to our values, and our owner Mark Davis has been very clear and very consistent that this is not how we will conduct ourselves in this community. The bottom line — the Raiders will not tolerate this type of behavior.”