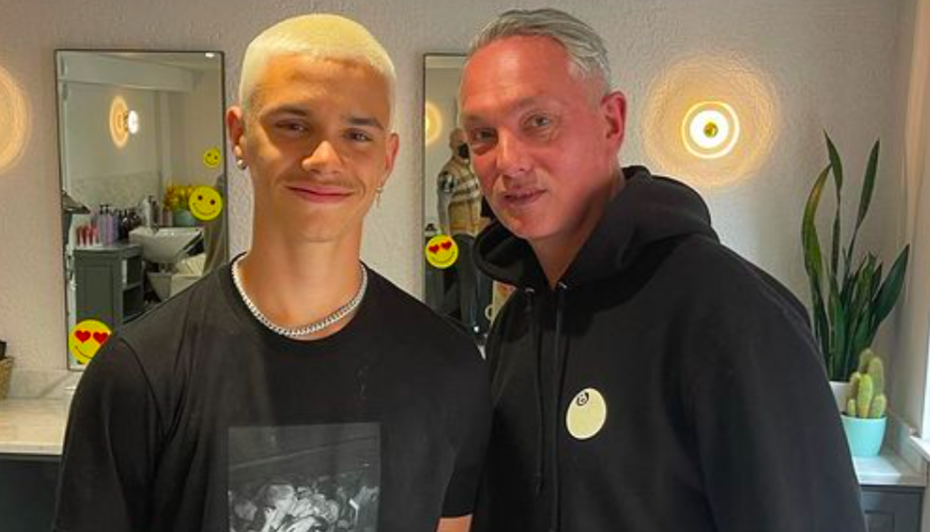 David Beckham Likes His Son’s New Hairstyle: ‘I Wonder Where [You] Got That Idea From’

There’s a new hairdo in the Beckham family. This time around it’s not from someone named David or Victoria.

No, this time around it’s their son, Romeo.

RELATED: This Is Not A Drill, We Are Getting A First Look At The Newest Space Jam Starring LeBron James

“Nice hair, Romeo Beckham. I wonder where you got that idea from,” David Beckham commented on one of his son’s posts.

Romeo thanked his colorist Josh Wood in the Instagram post in which he debuted his new do. “Here’s to expressing yourself through color & a transformational cut,” Wood replied, calling it a “bleached buzzcut” for those of you thinking about joining the trend.

Now, what’s next on the hairstyle menu?

“Go pink,” Evan Mock commented on Romeo’s post. Not sure if that was in his dad’s repertoire of hairstyles but, hey, whatever hairstyle you want, go for it.

In the meantime, blonde buzzcut or not, the soccer aka fútbol continues. Another thing Romeo and his father have in common.

Romeo tagged the Inter Miami FC club team in that post four months ago. Miami FC debuted this season in the MLS as Beckham is “part of an ownership group that (brought professional) soccer back to Miami, Florida.” Inter Miami FC currently sits at one win, one loss, and two draws.

In different posts, it seems like Romeo is learning the ropes on the pitch from his pops. In the post above, you can see Romeo’s dad on the pitch behind him. Romeo said in the Instagram post, “No days off.”

Whether or not Romeo ends up playing soccer or not, he’s got two parents behind him, backing him up, proud of him, and a blonde buzzcut style haircut now to boot.