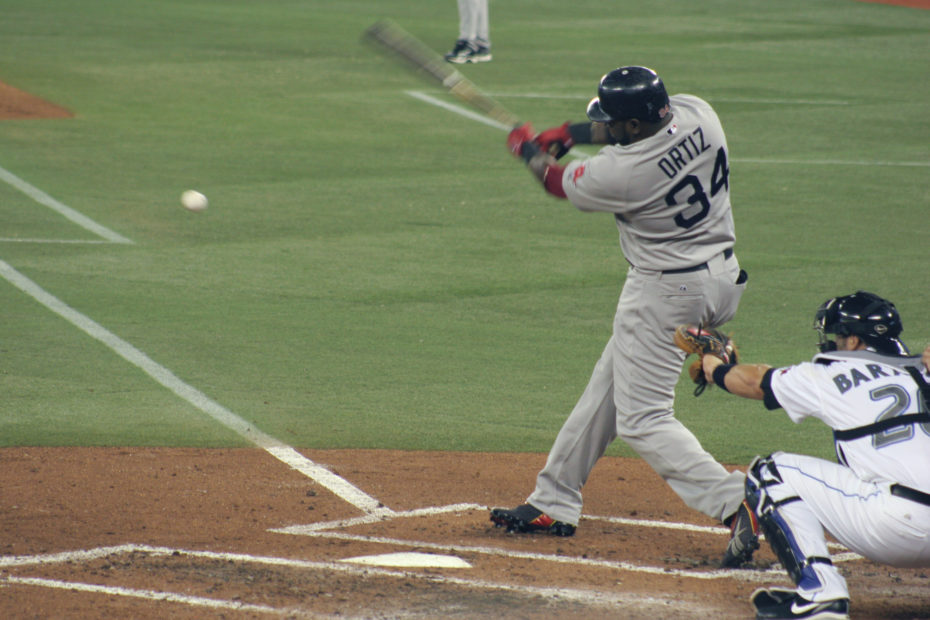 Legendary Boston Red Sox player David Ortiz is the lone athlete elected to the Baseball Hall of Fame this year.

Nominated alongside fellow historic players such as Barry Bonds and Roger Clemons, the Boston Red Sox slugger was the only athlete to be welcomed into the elite club. Given the gravity of this accomplishment, it is no surprise that his reaction to the news was priceless.

Sitting beside loved ones, the athlete received the news via a phone call. “Hello, David. This is Jack O’Connell from the Baseball Writer’s Association of America,” a representative said over the line. “I’m calling you from Cooperstown, New York to let you know that the baseball writers have elected you to the National Baseball Hall of Fame.”

With pure joy in his voice, Ortiz yelled back an ecstatic, “Yes!”

The former baseball player then erupted into a large grin and began embracing those around him in hugs. Surrounded by supporters cheering over his achievement, it was evident that Ortiz felt the love in that room.

RELATED: Why Barry Bonds Being Excluded From the Hall of Fame Is Shocking

“I learned not too long ago how difficult it is to get in on the first ballot,” the historic Red Sox first basemen relayed, according to ESPN. “Man, it’s a wonderful honor to be able to get in on my first rodeo. It’s something that is very special to me.”

Although Bonds and Clemons have had their name on the BBWAA ballot for years, Ortiz’s name appeared for the first time. Given this fact, many have criticized the arbitration process. However, in Ortiz’s opinion, he believes that all of his fellow baseball players deserve a spot of recognition.

“When I see these guys, to be honest with you, I don’t even compare myself with them,” he commented. The 46-year-old elaborated and shared, “I saw so many times, with them performing, and it was something that was very special. Now, not having them join me at this time is something that it’s hard for me to believe. Those guys, they did it all.”

Curt Schilling, a former MLB pitcher whose name was also on the ballot, expressed a similar opinion. Taking to social media, Schilling expressed that arguing over who deserved to be named a Hall of Famer is pointless.

“Every year the conversation revolves around who didn’t get in. Like [All-Star] voting, who got cheated. I say it every year and especially this year, focus on who did get in,” he wrote. “[David Ortiz] deserved a 1st ballot induction. Congratulations my friend you earned it!”