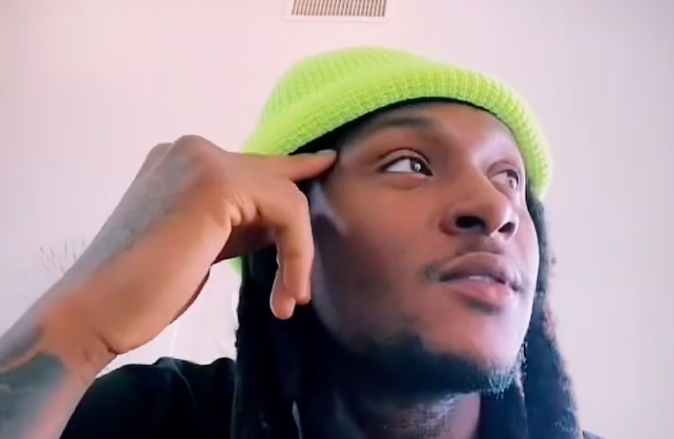 Star wide receiver for the Arizona Cardinals, DeAndre Hopkins, tested positive for a substance that violates the NFL’s rules on performance-enhancing drugs.

Hopkins’ brand manager, Doug Sanders discussed the incident with ESPN’s Adam Schefter and explained that a test in November came back positive for banned substances. Although he did not communicate exactly what substances were prohibited, Sanders wrote in a text message that, “trace elements of a banned substance” were discovered, which has led to a six-game suspension.

According to the NFL, there was also usage of a “masking agent/attempt to substitute, dilute or adulterate a specimen/attempt to manipulate a test result.”

Hopkins addressed the controversy on social media and relayed that he wasn’t aware that a positive test would come back. Taking responsibility, he accepted his punishment but communicated that the positive test was bewildering.

“I was confused and shocked,” he said. The athlete went on to explain, “I am very mindful of what I put in my body and have always taken a holistic approach, so I am working with my team to investigate how this could’ve happened.”

How will this PED scandal affect DeAndre Hopkins moving forward?

As a star player for the NFL team, the wide receiver’s absence will undoubtedly cause some problems for the Cardinals. He has a three-time first-team All-Pro and five-time Pro Bowl selection for his credentials, but also suffered an injury last season which left him with the lowest output of his career. On top of all of this, a six-game suspension for the upcoming 2022 season could be detrimental to his career.

RELATED: An Extensive Look Into the Complicated 1.5 Year Engagement of Aaron Rodgers and Shailene Woodley

Hopkins is reportedly allowed to practice with his team during the preseason, but come the 2022 regular season, he cannot participate in any team activities. In a statement released by an NFL spokesperson, the league stated that “Hopkins is eligible to participate in all preseason practices and games. He will be allowed to return to the Cardinals’ active roster following the team’s sixth regular-season game.”

Continuing his statement, the wide receiver communicated that he intends to launch a full investigation into his positive test. Contextualizing that in his ten years of never testing positive for PED, Hopkins shared, “I apologize to Cardinals fans, my teammates, and the entire Cardinals organization. I never want to let my team down. I fully intend to get to the bottom of this. As soon as I have more information I will share it.”