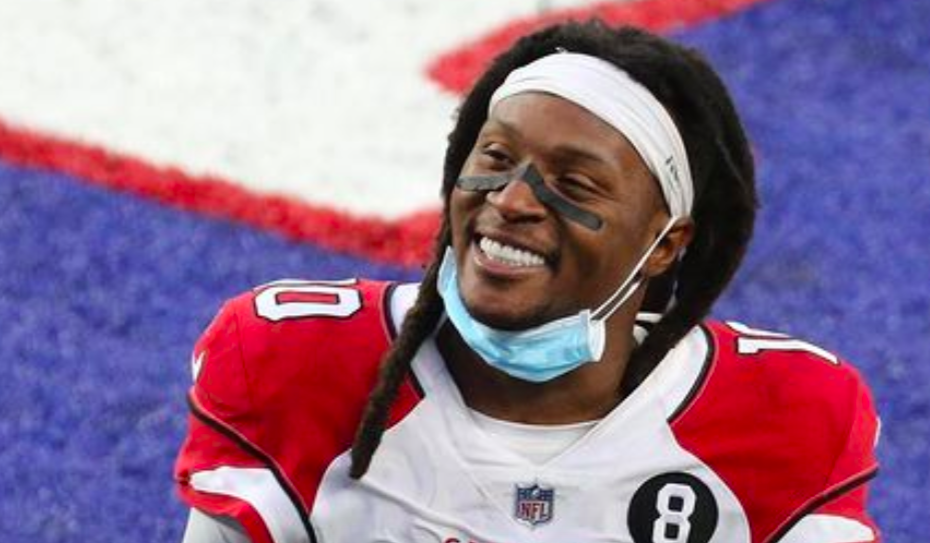 Some of the greatest moments in sports come when athletes pay their respects to those who helped shape them to be the person they are today. When that support system, that family, those close friends surround a draftee and celebrate his success knowing the hours, the time that went into getting to that moment.

In DeAndre Hopkins‘ case, the wide receiver selected in the first round of the 2013 NFL Draft, has gone on to be in five Pro Bowls and was selected to be All-Pro three times, along with becoming one of the best at his position in the league.

Sixty touchdowns later, there’s something incredibly special about a tradition Hopkins has kept when scoring, showing love to his mother who supported him throughout his life, raising the wide receiver.

According to a SportsCenter Instagram post: “Hopkins’ mother, who lost her vision 18 years ago, always sits in the same spot at home games. When DeAndre scores, he always makes sure to find her in the endzone. One of the best traditions in sports.”

The touchdown in the endzone doesn’t mean the play ends there. In Hopkins’ case, it continues by giving that touchdown ball to the woman who raised him, the woman he respects dearly, the woman who has fought through adversity. DeAndre’s mother (Sabrina Greenlee per ESPN).

Kimes reported that “…she lost her vision when a woman she didn’t know threw acid at her face, blinding and disfiguring her in a bout of jealous rage…Instead of conjuring up a mental picture of herself as a monster, she envisioned the person her son saw when he turned to look at the sideline after making a jaw-dropping play: a mother who deserved his unconditional love.”

“I was able to cope with being blind and the scars and the ridicule,” Greenlee said per ESPN’s Kimes. “And I think it gave me the courage to eventually find myself.”

Kimes notes that “Greenlee sees Hopkins’ highlights only in her mind. ‘I visualize everything that he does,’ she said per ESPN. “The dreads, the body movement.”

For more of that cover story, here’s an ESPN Cover Story video:

Per Kimes: “Every day, as she took new steps outside the safe confines of her home, her boundaries expanded — and her son’s world exploded. By the time Hopkins was in high school, his skills had caught the attention of a few colleges…While he was widely recruited, Hopkins chose to stay home, at Clemson. He told his mother it wasn’t because of her, but everyone knew that was a lie. When the Tigers played in Death Valley, she sat in the stands, shuddering with awe whenever DeAndre’s name reverberated around the stadium.”

“He was as good as that area had ever seen,” Dabo Swinney, Clemson head coach, who according to ESPN, (was)…’the Tigers’ wide receivers coach before he took over the program in 2008′. “You don’t teach a guy to catch a ball like he can catch the ball. That’s just God-given.”