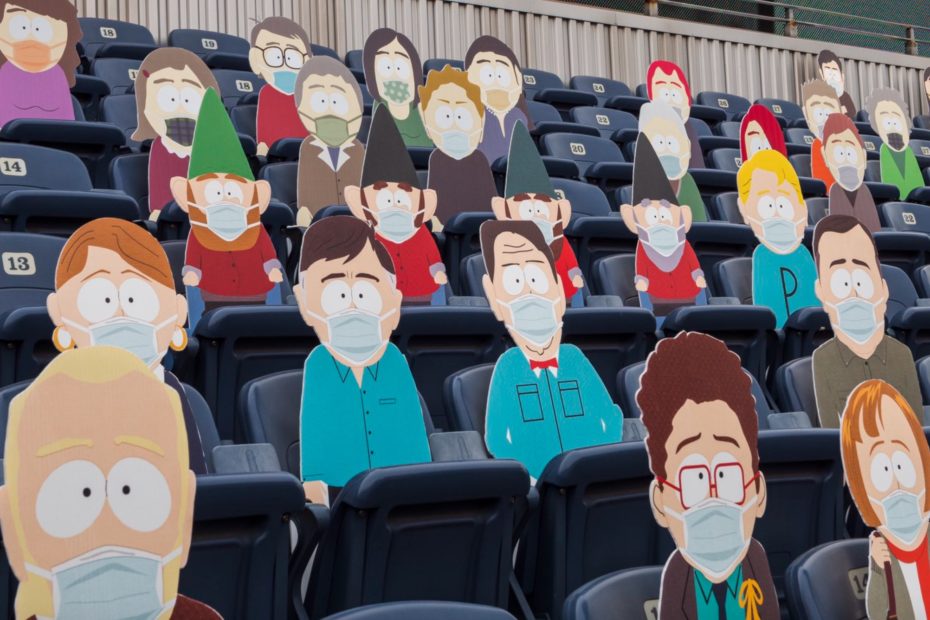 With no fans in the stands at most professional sporting events, teams are pumping stadiums with the recorded sounds of crowds and trying to fill the seats…with cardboard cutouts.

Maybe you’ve already seen your favorite team do this? Whether in international soccer, the MLB, or the NFL, many organizations have asked fans to send in photos of themselves so that they can create cardboard cutouts from those photos to fill the stands.

It can truly be a sight to see. Especially for fans whose photos were used.

When it comes to the Mile High City, for last Sunday’s game against the Tampa Bay Buccaneers, they decided to host a whole town of South Park characters, in the form of cardboard cutouts, of course.

As the Broncos hosted the Bucs, taking it all in were 1,800 cardboard cutouts of South Park characters, according to CNN. As fans of the show probably know, South Park is based on a town in Colorado.

The cardboard cutouts are part of the Broncos’ efforts to raise money for charity. As CNN reports, the cutouts are available for fans to buy for $100 each.

All of those proceeds go toward Denver Broncos Charities. So far the team has raised $130,000, according to KCNC CBS 4 Denver.

RELATED: 10 Ways the 2020 MLB Season is Different from Any Other

As you can see in the photo above, Empower Field at Mile High’s scoreboard was also decked out with a photo of South Park‘s skyline for this picture-perfect moment. And all of the characters are seen wearing masks.

Looks like the town of South Park town got the nose-bleed seats in the peanut gallery, but hey, who can blame them? The cheap seats are always the way to go. At least they were able to snag some seats and watch an NFL game.