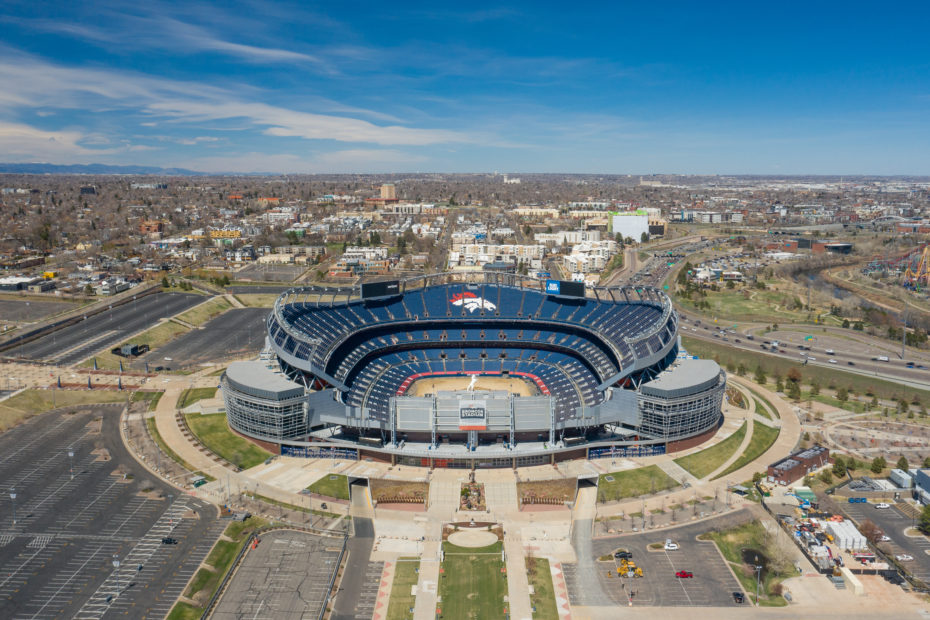 Since 2001, the Denver Broncos have called Empower Field at Mile Hile Stadium their home. Unfortunately, after an unknown series of events, Denver firefighters responded to a report of the iconic stadium erupting into flames.

After Denver residents reported emerging black smoke coming from the stadium, the fire department was quick to arrive on the scene. The Denver Fire Department reported that the third level of seats, a stadium suite, and a portion of the Ring of Fame were primarily affected by the fire.

Although DFD shared that the fire originated from an “unknown cause at this time”, it is evident that the fire spread massively through the club level. Fans on Twitter who were enjoying a tour of the Broncos’ stadium posted a video of the fire, initially capturing only a select few seats that were ablaze.

“When you go on a tour at Broncos Stadium and have to interrupt your tour guide to let him know there’s some seats on fire across the field,” one Twitter user wrote, attaching a video of the fire’s beginning stages.

However, before anyone knew it, over 1,000 square feet were consumed in flames. Andrew Mason, a spokesperson for the Colorado-based fire department, relayed the information, “the fire originated in the suite level (400), and went down to the seats in the club level…stadium seats are particularly susceptible to spreading fire because of their material. No injuries reported.”

In addition, Capt. Greg Pixley, another spokesman for the fire department, explained why the black smoke was so significant. Not only do the stadium seats have highly flammable material, but the material reacts with heat in ways that produce excess amounts of smoke. “This type of plastic that the seats are composed of burns with not only significant ferocity … but also produces a tremendous amount of black smoke,” Pixley said, according to ESPN.

Following the flames, an evacuation of the building was conducted and no one was reported to suffer any injuries. Thankfully, the fire has since been put out via the Denver Fire Department. Initially arriving at the Mile High Stadium at approximately 2:15 PM, the fire was under control by 2:45 PM.

Taking to social media, the DFP stated, “​​Sprinklers attempted to stop the fire, but firefighters were needed to complete extinguishment.