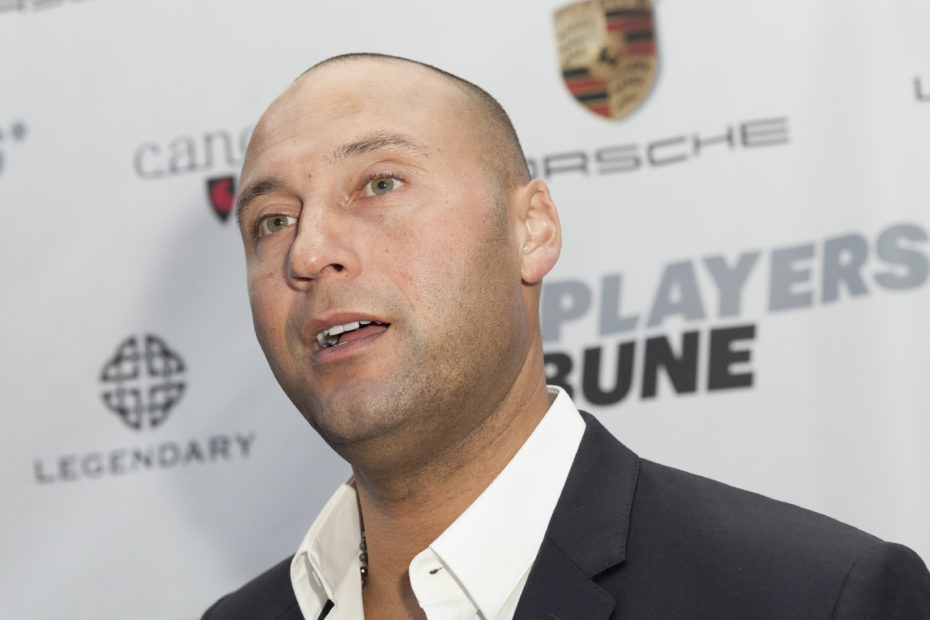 Derek Jeter, former professional baseball player and current co-owner of the Miami Marlins, has just announced that he and his wife Hannah Davis Jeter have welcomed their 3rd daughter into the world.

Although the entirety of the pregnancy was kept a secret, the news was announced via Twitter by the former New York Yankee’s media company, The Players’ Tribune. Two days after the birth, the company shared, “Congratulations Derek and @hannahbjeter on the birth of your baby girl, River Rose Jeter, born Thursday, Dec. 2.”

River Rose marks the third child that the happy couple has brought into this world since their marriage in 2016. Derek and Jeter have had two other little girls, Bella Raine and Story Grey. Bella is 4 while Story is 2 ½.

The Miami Marlins owner has been very outspoken about his appreciation for his daughters, as well. In October, he spoke with PEOPLE about the substantial impact they’ve had on him.

“My girls are the absolute best,” he explained. Jeter went on to elaborate and comment, “You know, you hear it before you have kids, people will tell you, ‘Oh, wait until you have your own,’ but it really is true.”

The father added the proud sentiments, “Every day there’s something new, and they learn something new every single day. It’s been wonderful. It’s been more than I ever could’ve imagined.”

When the iconic ex-athlete was selected to be a member of the baseball Hall of Fame, he made sure to lend his appreciation to the women in his life. More specifically, Jeter gave an ecstatic shout-out to his wife and daughters, crediting them for him living his dreams.

“You know, this day puts an exclamation point on my playing career, which was my first dream. Through you all, with you all, I’m living another one,” he said.

However, teaching his daughters important life lessons is not his only passion. In fact, the entrepreneur founded an organization known as the Turn 2 Foundation. The organization aims to provide youths with outlets for healthy lifestyle choices, such as staying away from drugs and alcohol.

When speaking in reference to his establishment, he relayed, “We just wanna keep impacting as many people as [we] possibly can and I’m happy to say that we’ve impacted thousands of kids over the years.”