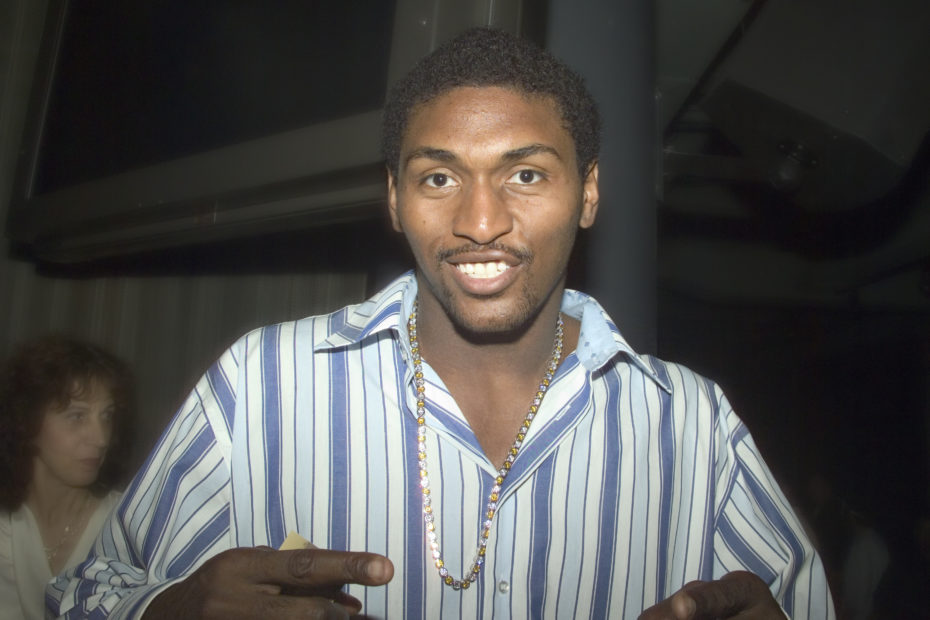 Between 2017 and 2020, Deshaun Watson was one of the best quarterbacks in the league and even led his team to back-to-back double-digit wins in 2018 and 2019. Unfortunately, he has found himself in hot water after 24 women filed lawsuits against the QB, citing sexual abuse.

Watson booked massage appointments with each of the women and while that’s nothing new for a pro quarterback, his sexual misconduct wasn’t – allegedly forcing or pressuring them into sexual acts. The first lawsuit came on Match 16, 2021, but lawsuits are being filed to this day.

In fact, we learned of two new lawsuits this week and also learned that the Houston Texans, Watson’s former team, are being added as defendants in the lawsuit. The situation continues to grow worse for Deshaun Watson as we await a possible suspension and/or court decision.

Deshaun Watson Isn’t the Only Athlete With Baggage

Despite the hot water Deshaun Watson has found himself in these past 12 months, the quarterback has a new home in the Cleveland Browns. He also signed a new five-year, $230 million contract with the team, meaning he’s only getting richer throughout this process.

There’s no doubt Watson is one of the best quarterbacks in the league when on the field. He has a 28-25 record and has thrown for 14,539 yards, 104 touchdowns, and 36 interceptions – adding 1,677 yards and 17 touchdowns on the ground. He also made three Pro Bowl appearances.

Unfortunately, his new baggage has damaged his reputation and we’re unsure if he’ll ever regain it – even if he doesn’t face any punishment for his actions. What we do know is that Deshaun Watson isn’t the first athlete to find themself in hot water – let’s take a look at some of the others!

Rae Carruth is a former NFL wide receiver that was drafted by the Carolina Panthers with the 27th overall pick in 1997. He spent three seasons with the team and recorded 62 receptions, 804 yards, and four touchdowns in 22 games. That’s when his career came to a sudden halt.

In 1999, Cherica Adams, Carruth’s pregnant girlfriend, was shot four times in her car. Carruth wasn’t the one behind the gun, but he orchestrated it because Adams wouldn’t have an abortion. Adams died one month later and the baby was born with permanent damage and cerebral palsy.

In 1989, Rose was managing the Cincinnati Reds when reports alleged he bet on baseball games during the 1987 and 1988 seasons. After an investigation, he was added to the MLB’s permanent ineligibility list. To make matters worse, he pleaded guilty to tax evasion in 1990.

Barry Bonds is a former MLB player that made his debut on May 30, 1986 and played his final game on September 26, 2007. He spent 22 years in the league and holds the all-time record for home runs, walks, and intentional walks. He hit 762 career home runs and 1,996 runs batted in.

Since 2003, Bonds’ legacy has been damaged by steroid use allegations. He was indicted in 2007 for obstruction of justice and perjury after lying to a grand jury about his steroid use. He avoided any prison or jail time after the charges were overturned and dropped by 2015.

Kellen Winslow II is a former NFL tight end that was drafted by the Cleveland Browns with the sixth overall draft pick in 2004. He played nine seasons with four teams, recording 469 catches, 5,236 yards, and 25 touchdowns in 105 games. He surpassed 1,100 yards once in 2007.

In 2019, Winslow was convicted on several counts of rape, assault, and other sexual offenses with five different women. He preyed on vulnerable women, even assaulting a homeless woman in 2018. In 2021, he was sentenced to 14 years in prison and is now labeled a sexual predator.

Tiger Woods is an active professional golfer that’s widely considered one of the greatest golfers of all-time. He turned pro in 1996 and continues to play to this day, despite several injuries. He has 110 career wins, including 82 on the PGA Tour and 15 major championships to his name.

In 2009, multiple reports surfaced that accused Woods of infidelity as more than a dozen women came forward. Woods’ reputation took a major hit, he and his wife divorced, and he even took an indefinite break from golf. He was also arrested for driving under the influence in 2017.

Tonya Harding is a former professional figure skater that represented the United States between 1985 and 1994. She won gold medals in the U.S. Championships in 1991, Skate America (twice), Nations Cup, and Prize of Moscow News. She was supposed to be great.

Harding’s legacy took a hit in 1994 when her ex-husband struck Nancy Kerrigan (her rival) in the knee a day before the U.S. Championships. Kerrigan was unable to compete and Harding won the gold medal – though it was later stripped from her. She didn’t do it, but it still hurt her legacy.

In 2007, after his sixth season in the league, Vick was found guilty of dogfighting and served 21 months in a federal prison. He was immediately released by the Falcons, but eventually resurrected his career with the Philadelphia Eagles in 2009. His reputation remains damaged.

Oscar Pistorius is a former professional sprinter from South Africa that is one of the few athletes to compete in both the Olympic Games and Paralympic Games. He has been a double amputee since he was 11 years old, defying any and all odds as he ran his way to greatness.

Unfortunately, his career came to a screeching halt in 2013 when he shot and killed his girlfriend. According to Pistorius, he had mistaken his girlfriend for an intruder – something that was untrue. While it was originally ruled a culpable homicide, it was eventually changed to murder.

Lance Armstrong is a former professional road racing cyclist that’s best known for winning the Tour de France a consecutive seven times between 1999 and 2005. He was a sports icon and one of the most recognizable names in all of sports at his peak, but that didn’t last forever.

In 1999, reports surfaced that alleged Armstrong of doping after he won his first Tour de France. While he denied the allegations, the United States Anti-Doping Agency later confirmed he used performance-enhancing drugs throughout his illustrious career, effectively tarnishing his image.

Ray Lewis a former NFL linebacker that was drafted by the Baltimore Ravens with the 26th overall pick in 1996. He spent 17 seasons in the NFL, all of which with the Ravens, and retired with 2,059 tackles, 41.5 sacks, 19 forced fumbles, 31 interceptions, and three touchdowns.

In 2000, following a Super Bowl party, Lewis and his friends were involved in a fight with another group of people – two of which were stabbed to death. Lewis and his two friends were indicted on murder and assault charges, but weren’t charged. We still don’t know whether he’s the killer.

Adrian Peterson is a former NFL running back that was drafted by the Minnesota Vikings with the seventh overall draft pick in 2007. He spent 15 seasons in the league, recording 17,392 scrimmage yards and 126 total touchdowns in 184 games. He was also the 2012 MVP.

Peterson has found himself under hot water on several occasions. In 2014, he was charged with recklessly assaulting his son with a tree branch – leaving slash-like wounds. Just a couple months ago, he was arrested for domestic violence on a plane, but charges were dropped.

Ray Rice is another former NFL running back that was drafted by the Baltimore Ravens in the second round of the 2008 draft. He spent six seasons in the league, recording 9,214 scrimmage yards and 43 total touchdowns in 92 games played. He also won the Super Bowl in 2013.

During the 2014 offseason, Rice was involved in an elevator incident with his then-fiancee. Rice was seen on video dragging his fiancee out of the elevator after knocking her unconscious. Despite how violent it was, the NFL faced heavy criticism for only suspending him two games.

Ron Artest, who changes his name often and currently goes by Metta Sandiford-Artest, is a former NBA forward that was drafted by the Chicago Bulls with the 16th overall pick in 1999. He spent 17 seasons in the NBA and is a former Defensive Player of the Year and NBA Champion.

By 2004, Artest had already been suspended several times for incidents on and off the court, but then the Malice at the Palace happened. In a game against the Pistons, Artest got in a fight with center Ben Wallace and later punched a Pistons’ fan in the face. It was quite the scene.

Aaron Hernandez is a former NFL tight end that was drafted by the New England Patriots in the fourth round of the 2010 draft. He spent just three seasons in the league, recording 175 catches for 1,956 yards and 18 touchdowns with Tom Brady as his quarterback. He could’ve been great.

In 2013, during the offseason, Hernandez was arrested for the murder of Odin Lloyd and later charged in 2015. He was also indicted for a double homicide, but was acquitted of those charges. In April 2017, Hernandez was found dead in his cell in what was ruled a suicide.

O.J. Simpson is a former NFL running back that was drafted by the Buffalo Bills with the first overall draft pick in 1969. He spent 11 seasons in the NFL, recording 13,378 scrimmage yards and 75 total touchdowns. He led the league in rushing four times and was named the 1973 MVP.

In what was probably the most famous incident with an athlete, Simpson was tried and acquitted of murdering his ex-wife and her friend. While he wasn’t charged and was found not guilty, many people believe he was the one who stabbed them to death. Either way, we’ll likely never know.

What Does the Future Look Like for Deshaun Watson?

Deshaun Watson is the latest athlete to find himself in trouble and since investigations are ongoing with both the NFL and law enforcement, we have no way of knowing what the future holds for Watson. He could face punishment from the NFL, law enforcement, both, or neither.

For example, he could face a hefty suspension from the NFL for his actions – even if not charged with anything. He could also face fines, jail time, prison time, community service, parole, and payments to the victims – depending on whether he’s indicted of a crime or not.

YOU MAY ALSO LIKE: 20 Athletes Who Have Used Their Athlete Money for Good

There’s also the massive $230 million contract he signed with the Browns not too long ago. Many people wish they never offered him the contract, especially amid an ongoing investigation, but his contract remains fully-guaranteed and they’re committed to him being their quarterback.