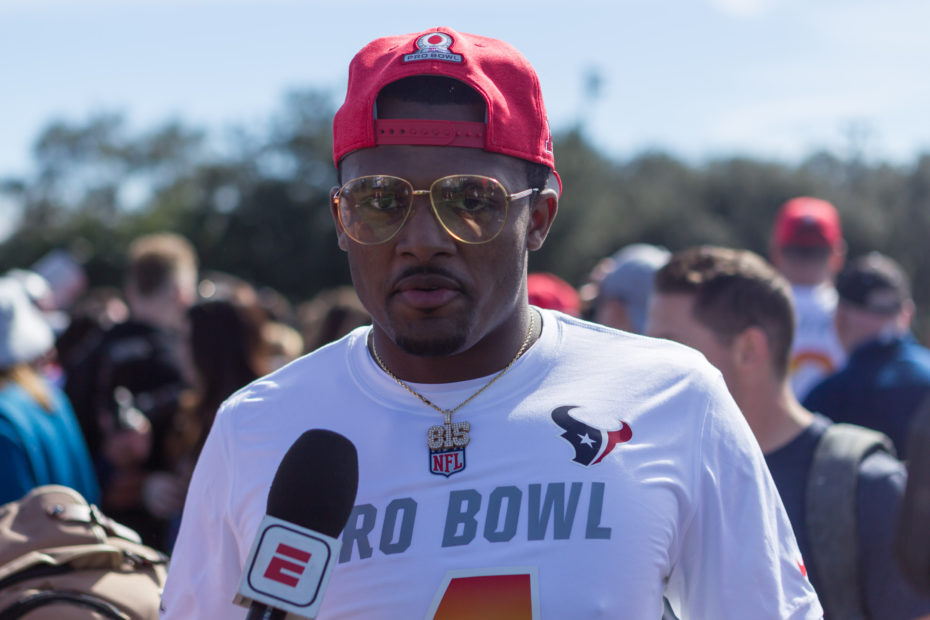 Cleveland Browns quarterback Deshaun Watson is in his 23rd civil lawsuit in regards to alleged sexual misconduct, according to defense attorney Tony Buzbee.

The case details the story of Nia Smith, a licensed Houston cosmetologist who discussed her personal experience with the quarterback last year during an appearance on a YouTube video.

She recounted a similar story to the 22 other women suing Watson for sexual misconduct, claiming that the athlete reached out to her for a massage. However, during their meetings, the quarterback progressively became more inappropriate and sexual.

“Deshaun Watson vehemently denies the allegations, just as he has since she first discussed them with members of our firm in March of last year,” Watson’s attorney Rusty Hardin said in a statement last year, denying any and all allegations against the NFL player.

“She repeated the allegations on social media in August and he denied them then. The only thing new about her contentions is the embellishment making them more extreme than prior versions. Deshaun’s denial remains the same.”

A handful of Buzbee’s clients have chosen to keep their confidentiality, one of whom had a different lawyer prior to joining the civil lawsuit. Because of this client’s change in representatives, Hardin argues that her claims are false.

“We are aware that more than a year ago she had other lawyers representing her and they ultimately terminated the representation,” Hardin said. “This plaintiff has long had a vendetta against Deshaun since she jealously and angrily published Deshaun’s personal data on social media in November 2020.”

Nia Smith’s detailed account of her experience with Deshaun Watson

According to the court case, Nia Smith was inspired by other victims to come forward, despite Watson’s legal team denying his involvement in sexual coercion. In addition to her own experience with the football player, Smith alleges that her former employer was involved in setting up his schemes.

The suit reads that “Dionne Louis, the owner of the spa, facilitated massages for Watson and knew [him] and knew [he] was attempting [to] have sex with them. Plaintiff [Smith] expressed her concerns about Watson to Ms. Louis. Louis brushed the concerns off. It was later learned that [he] paid Dionne Louis at least five thousand dollars for Louis’s ‘work’.”

As of Today, two grand juries in Texas have indicted the quarterback and the NFL is deciding how to move forward with the athlete, following an independent investigation.