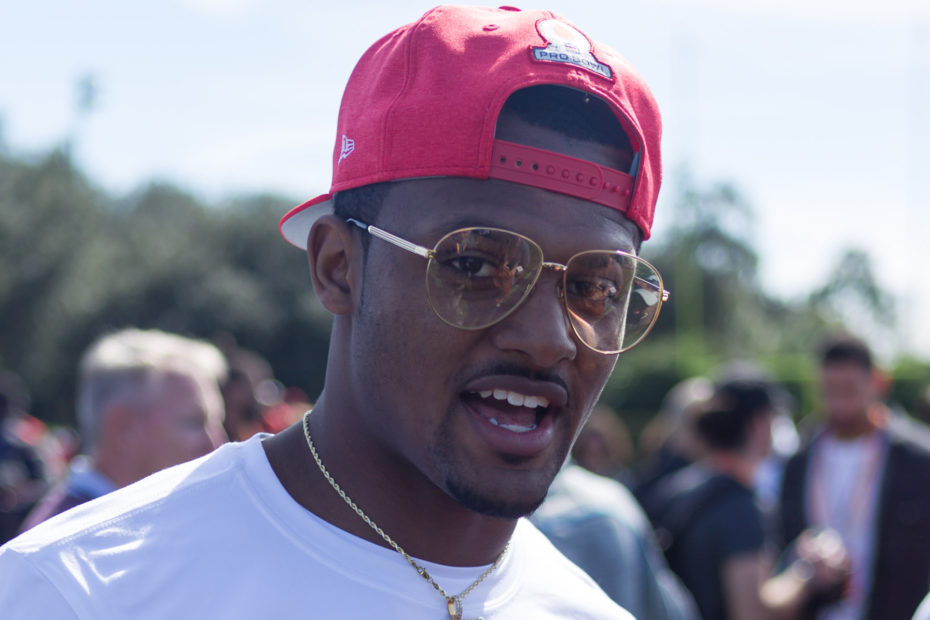 According to a Houston, Texas report, the NFL player reportedly booked 66 sessions with various massage therapists throughout the city over the span of 17 months. Multiple women allege that the quarterback, without their consent, turned the sessions sexual and made advancements toward them.

Tony Buzbee, the lawyer representing the women who have filed lawsuits against Watson, confirmed last week that two more victims would be moving forward with pressing charges. With this being said, it now brings the total number of women taking legal action to 26.

“We have been referred a very compelling case by a respected lawyer from Atlanta. We expect to file that case in due course. And, we have been contacted by another victim who saw the HBO special and was compelled to come forward,” the lawyer said.

“We have vetted other calls but haven’t yet made decisions on any further filings beyond that and will continue to do our due diligence consistent with our ethical obligations. With regard to any impending filings, we will allow the facts of the particular cases to speak for themselves.”

Despite more and more women coming forward, Watson’s lawyers are adamant about his innocence. His representative, Rusty Hardin, has expressed in several statements that legal teams are working diligently to prove the athlete’s innocence. Furthermore, Hardin has expressed that the lawsuits will not be affecting his future with the Cleveland Browns.

“The Browns and all of us that know Deshaun are still totally behind him,” the lawyer commented. “These latest claims by [plaintiffs’ attorney Tony] Buzbee change nothing, and they are totally false, and that will ultimately be what everyone concludes when they hear the evidence.

Although two grand juries have found him guilty of sexual misconduct, he is set to kick off his five-year, $230 million fully guaranteed contract with the Cleveland Browns this upcoming season.

Cleveland’s general manager Andrew Berry shared that they have kept a close eye on the Watson lawsuits and conducted “research” before moving forward with the trade. “We have done extensive investigative, legal, and reference work over the past several months to provide us with the appropriate information needed to make an informed decision about pursuing him and moving forward with him as our quarterback,” Berry said in a statement.