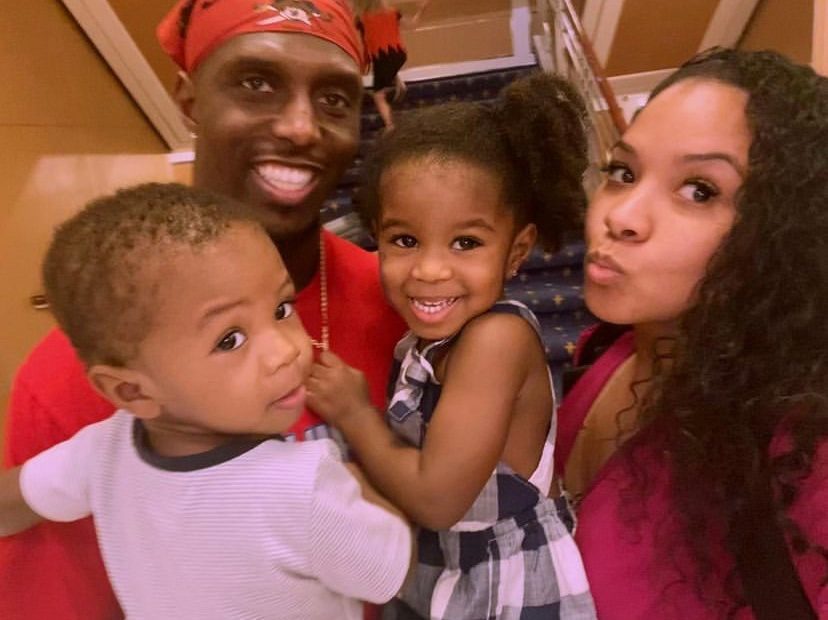 Amazingly, the two players have both made it to the throes of professional athleticism. Even though Jason plays cornerback for the Miami Dolphins and Devis plays safety for the New England Patriots, the twins are still very much dedicated to each other as their own team. Their Instagram bio reads, “Mama We Made It!!!!!!!!”

The New England Patriot has been married to his wife, Michelle Powell, since 2016. In a five-year anniversary post, Powell expressed her gratitude and love for her husband, stating, “let me just say how incredibly grateful and blessed I am to be holding your hand 5 years later and journeying through life’s ups and downs with you, my love.”

Since their union, the couple has had three children. Their daughter, Londyn, was born in 2017, and their son, Brayden, in 2018. The couple has been vocal about the unfortunate loss of their daughter, Mia, whose heart stopped beating after 8-months of pregnancy.

Since their tragic loss, they have advocated for Pregnancy and Infant Loss Remembrance Day, a day that seeks to recognize the hardships many parents sadly have to go through. Powell has referred to McCourty in a Father’s Day post as, “the best Daddy in the whole wide world,” and continued on her statement to say the expression, “Words can’t express how truly amazing you are as the God cherishing leader of our pack.”

RELATED: Serena Williams Announces That She Will Not Be Competing in the 2020 Olympics in Tokyo

Powell additionally added, “Can’t wait to continue loving on these babies with you as we approach another Macfam addition in time to celebrate Father’s Day all week long.”

Using his joint Instagram that he shares with his twin brother, McCourty announced the birth of his son, Chase. The newborn is seen wearing a shirt that references his lost sister, “Handpicked for earth by my sister in heaven.”

McCourty wrote in the caption of the announcement post, “6/22/2021 My guy Chase William McCourty decided to join us here on earth at a whopping 8lbs 14oz.” And even jokes that Chase is “learning to play zone defense and enjoying every minute of it!!!”