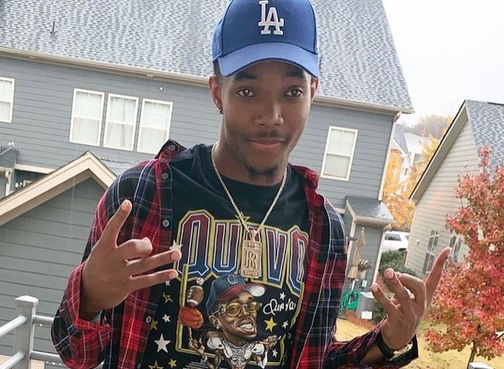 New Orleans Pelicans guard Devonte Graham shocked the crowd in Oklahoma City when he executed one of the most memorable shots in franchise history.

When Oklahoma Thunder guard Shai Gilgeous-Alexander threw a basket that tied the score, everyone was under the impression that the game would be sent into overtime. However, with one last Hail Mary, Graham took his chance at a 61-foot shot with only 1.4 seconds on the clock. Incredibly, this shot was the game-winning score New Orleans needed.

As the crowd erupted into celebration over the Pelicans’ 113-110 victory, many athletes found themselves in complete and utter shock. Graham was included in these athletes, considering he was under the impression that he would have missed the net.

“When I was at Kansas, I used to shoot half-court shots every game, every practice — trick shots and stuff like that,” the athlete said, explaining his history with long-distance shooting. He went on to reveal that the shot was mostly for fun; he didn’t actually expect the basketball to fall through the hoop. Yet, in a surprising turn of events, it was the shot that won the game.

“For me, it was just playing around. You never know, you might get into that situation one day, just like today. And it ends up paying out for you,” he stated.

RELATED: Sabrina Parr and Lamar Odom Discuss Why Their Toxic Relationship Came to a Close

Once his intentions became clear, Graham had nearly everyone in the arena on the edge of their seat, including his coach Willie Green.

According to ESPN, Green expressed his perspective on the situation with the sentiments, “When I saw it released from Devonte’s hands, I just said, ‘Lord, please.’ And he delivered. It was a crazy ending to an up-and-down game. Both teams fought and battled. I’m glad that we’re on the winning side of it. Great way to end a road trip.”

Kenrich Williams, a player for Thunder, also found himself in a nerve-wracking position. Wanting to defend GRaham as much as possible, he was afraid of receiving a foul. He explained, “I just didn’t want to foul, make a stupid play. Just tried to show my hands. I knew that he was going to try to shoot that shot. And it went in, man, so you’ve just got to tip your hat to him.”