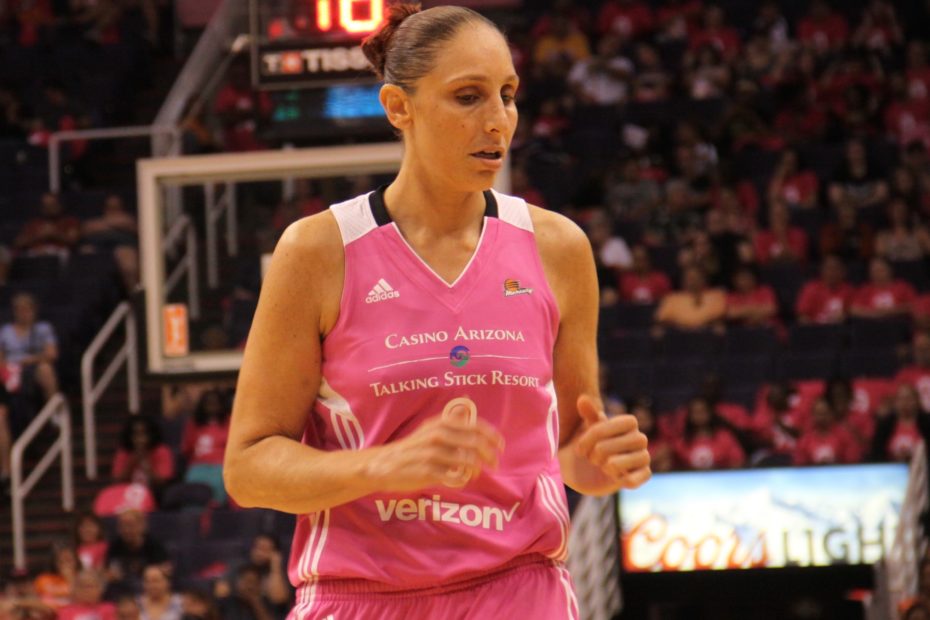 Phoenix Mercury star player Diana Taurasi and her wife Penny Taylor welcomed a healthy baby girl into the world on Saturday morning, a mere hours after game 5 in the semifinals series.

On Friday night, the WNBA player secured an 87-84 win over the Las Vegas Aces in the semifinal series. Almost instantly after the win, the all-time leading soccer had to catch a private plane home to Phoenix in order to be there for the birth of her daughter.

In a post-game interview, ESPN only could catch a glimpse of Taurasi’s thoughts on the matter. During the interview, the basketball player had a special message dedicated to her partner: “Hold it in, babe.”

“At 4:24 am baby GOAT #2 arrived,” the Phoenix Mercury team announced on Twitter. They additionally included the sentiments, “Congratulations to Dee and Penny on the birth of their beautiful, healthy baby girl. #FamilyOf4TheValley.”

This is not the first time the two basketball stars have welcomed a child into their lives, either. In March of 2018, Taylor and Taurasi welcomed their son, Leo Michael, into their family after being married for a little less than a year.

Despite marrying in 2017, the couple has been together since 2004, initially meeting in 2004 on their first day with Phoenix Mercury. Taylor has since retired from basketball and now acts as director of player development and performance.

RELATED: How Shawn Johnson East, 29, Discovered Her Confidence in Parenting

However, this time around the couple did something slightly different to prepare for the birth of their daughter: they designed an eco-friendly nursery with the help of Pottery Barn Kids. According to the Arizona Republic, Taurasi explained, “We are very excited to welcome our baby home to this beautiful space and especially introduce her to her big brother in such a calm, relaxing atmosphere.”

“The reading wall is so special and also allows the books to be artwork in their own right. We look forward to spending many moments as a family learning together,” Taylor added.

Taurasi went on to share how becoming a mom has changed her perspective on life. She included the information, “It just makes your life that much better. You thought basketball brought you everything you wanted, but this is a whole different level of love… Leo’s the best thing that’s ever happened to Penny and me. He’s a sweet, kind, energetic little kid. When he wakes up every single morning, you’re just happy.”