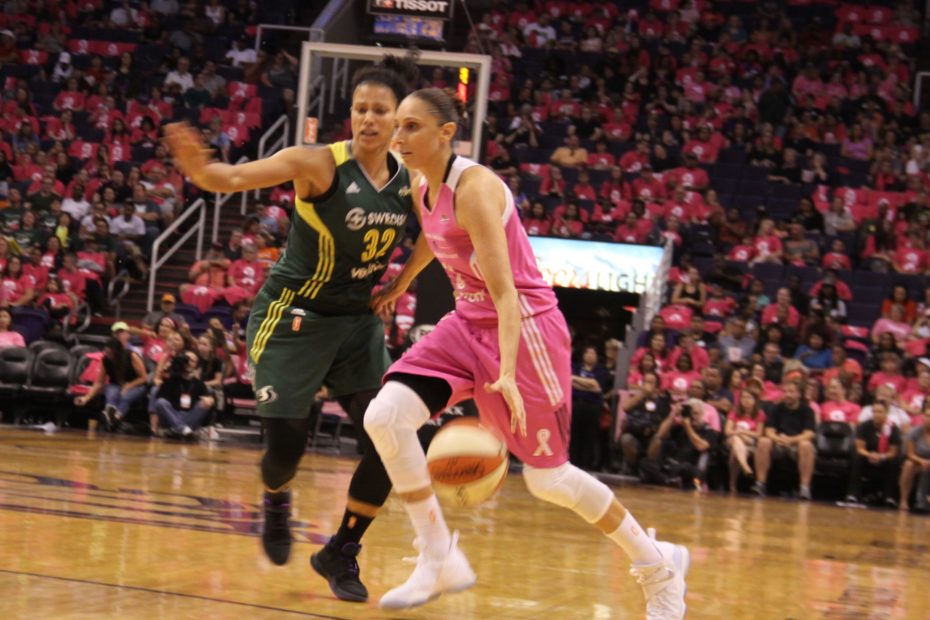 Thirty-nine-year-old Phoenix Mercury player Diana Taurasi had something hidden up her sleeve that left her teammate in shock. When asked a question in a different language, she easily switched from English to Spanish, much to the surprise of Brittney Grainer who was right next to her.

On Sunday, Phoenix Mercury hosted Game 1 of the WNBA Finals, playing against the Chicago Sky. When the game was finished, two incredible players, Taurasi and Grainer, conducted a press conference. The all-time leading scorer was directly asked an interview question in Spanish and Grainer’s mouth practically dropped as she watched her teammate effortlessly state her answer in Spanish.

Grainer, who is of Argentinean descent, was then asked to translate. In a shocked voice, she could only muster up a joke, “Rosetta Stone, I don’t know.”

Diana Taurasi is more than just bilingual, she’s also the best WNBA player of all time.

Just before the first playoff game which Phoenix ultimately ended up losing, Taurasi was voted as the Best Women’s National Basketball Association player of all time by fans. “Congratulations to Diana Taurasi on being voted as the Greatest WNBA player of all time by the fans who have followed her illustrious career and saw her rise above the rest,” Cathy Engelbert, WNBA Commissioner commented in a statement, according to CBS.

Engelbert continued and offered the sentiments, “This well-deserved recognition reflects her sustained excellence on the court and her leading role in advancing the WNBA and women’s basketball and being a role model for young athletes everywhere. The opportunity to honor Dee is yet another special moment in celebration of our historic 25th season.”

Since being the No.1 overall pick of the draft in 2004, the basketball star quickly made a name for herself as she skyrocketed to fame due to her impressive maneuvers on the court. In the 17 years of her professional playing career, she has won 3 WNBA championships and has also been crowned MVP twice.

Alongside being regarded as the GOAT of women’s basketball, the athlete also welcomed a new baby into her family over the last week. LEaving almost immediately after the game against the Las Vegas Aces, Tausari made it home to Phoenix just in time to witness the birth of her daughter.

“At 4:24 am baby GOAT #2 arrived. Congratulations to Dee and Penny on the birth of their beautiful, healthy baby girl. #FamilyOf4TheValley,” the Phoenix Mercury team announced on Twitter.