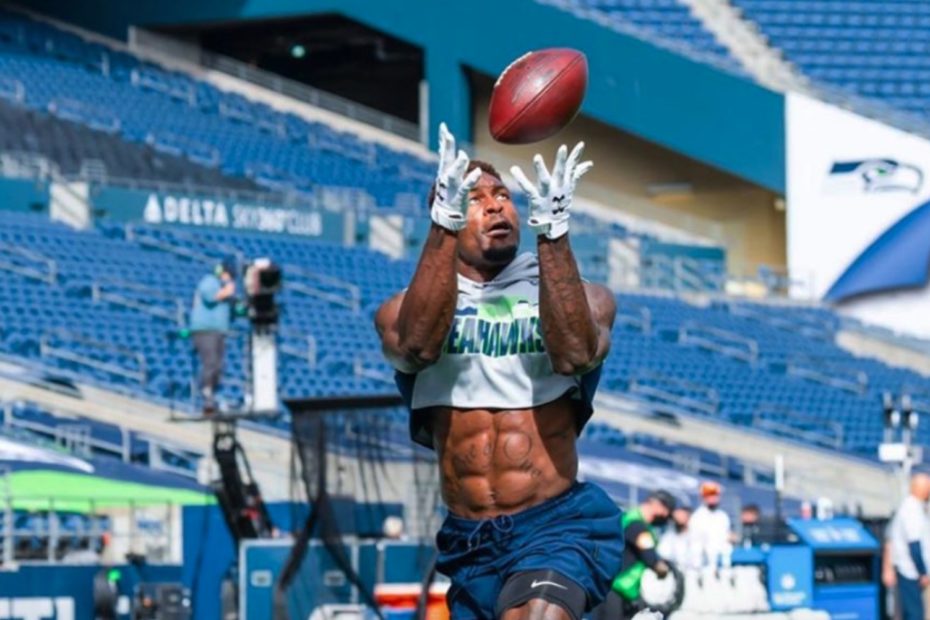 With the Seattle Seahawk in the red zone, quarterback Russell Wilson was making a play for the end zone against the Arizona Cardinals. However, while his pass was intended for Chris Carson, Cardinals Budda Baker swooped in for the interception on Seahawks two-yard line.

RELATED: Dak Prescott Gives Injury Update On Way To Doctor: ‘I’m Doing Well…Can’t Thank You Enough For All Your Love, Your Support, Prayers’

And as the safety ran it back, it seemed like the interception would turn into a pick-6. Enter Seahawks wide receiver DK Metcalf.

It’s no secret that physically, Metcalf is a beast. Just look at him.

But Metcalf exhibited another level of speed when he chased down Baker after his interception. It’s almost unnatural how quickly Metcalf was able to catch up to Baker and tackle him before he could cross the goal line.

As the NFL reported, in that very moment, “Metcalf showed the difference between 4.4 speed and 4.33 speed.” And even Baker was impressed by DK’s physicality.

“I was running, and next thing you know, I see big 14 coming after me,” Baker said after the game, according to the Seahawks’ website. “He got me. That’s the first time I’ve ever been hawked in my entire life.”

Even coach Kliff Kingsbury thought Baker was going to score, that is “until that huge stallion of a human came galloping out of nowhere,” Kingsbury said describing DK Metcalf.

“Phenomenal anticipation by (Baker). DK Metcalf is an absolutely freak athlete, and what an effort play by him. High school coaches will be showing that one for years. Just don’t give up on a play.”

And you want to hear something even crazier, Next Gen Stats clocked Metcalf at a top speed of 22.64 mph when chasing down Baker. That’s faster than some speed limits.

And Pete Carrol was proud of Metcalf too. “That was one of the best football plays I’ve ever seen,” he said. “It was just remarkable. You saw him realize what was happening, the opportunity, and he just used all that marvelous skill that he had and will to go run the guy down. And it was such an incredible play because of what happened afterward.”