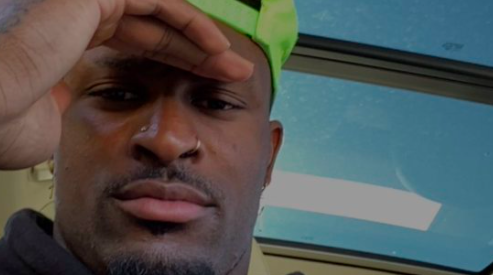 When Seahawks second-year wide receiver DK Metcalf took the field as a rookie in 2019, not only did he haul in some good catches, he wanted to make a grand entrance to the NFL in the form of a mouthguard.

RELATED: Seahawks Russell Wilson, Popstar Ciara Give Back to Education While Donating Nearly $2 Million to a Charter School

But not just any mouthguard. A mouth piece that looks like a pacifier. It’s a style he’d continue to use throughout the 2019 season leading up to this 2020 season, as well.

“Just me trying to be creative and bringing out my personality with the mouthpiece,” Metcalf said per ESPN his rookie year. “I’m a baby in the league. I’m a rookie, so I’m young, but I try to play like a grown man.”

And that’s exactly what he’s doing. In just two years in the league (including two playoff games), Metcalf has 1,762 receiving yards and 16 receiving touchdowns.

One of those touchdowns was his most recent on Thursday while, yes, wearing the pacifier-style mouthguard:

Oh, and let’s not forget another stat to add to the touchdowns and receiving yards: tackling. This was when he stopped a pick six from happening after sprinting the length of the field earlier this season:

In other news, here’s a spinner mouthguard that Steelers running back Benny Snell is using:

If you had a mouthguard, would you rock one of these? Or choose one completely different? Let us know in the comments below!