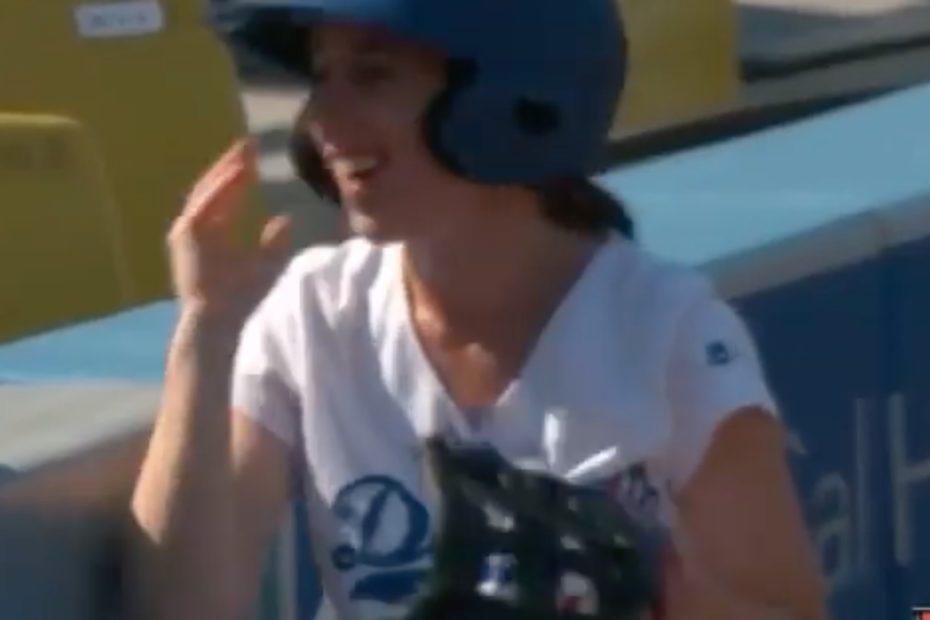 L.A. Dodgers Ballgirl Has an Incredible Catch and Saves a Fan and His Beer From a Ball Traveling at 108 MPH

Los Angeles Dodgers ballgirl, who was only identified as Emily, showcased an amazing execution of sportsmanship during the L.A.-based team’s home game against the Arizona Diamondbacks back in March. However, the video of the catch is going viral again!

The Dodgers pitcher, who was sporting the number 52 on his back, threw a straight pitch down home plate to a Diamondbacks player, who ended up hitting a line drive foul directly towards the stands.

Had the ballgirl not been there, an unknowing fan likely would have been smacked directly in the middle of his forehead with a baseball that was clocked in at 108.7 miles per hour, according to ABC News. Perhaps even more threatening, his beer would have also been knocked over.

The fan, who was spotted looking downward, was completely oblivious to the ball coming straight for him. In fact, he didn’t even look up until the Dodgers ballgirl, who was in a number 90 jersey, dove for the ball and saving him from a very painful blow to the head. After she caught the ball, she even handed it to the fan. The crowd erupted with cheers and clapping while she sat back down with a smile stretched across her face.

Dodgers ballgirl’s catch of a lifetime!

Emily the batgirl, was later identified as 25-year-old alumni of the University of Southern California. She recently graduated with a master’s in communication management and when she was pursuing her undergrad degree at California State Long Beach, she played softball regularly. “I didn’t expect it to go viral the way it did,” Emily offered in a statement. She explained, “When I caught it, I knew it potentially could have been a great catch.”

It certainly was a great catch, Emily. What else is great about Emily is the fact that she works on multiple TV sets as a production secretary. Working on HBO’s Veep and NBC’s The Good Place by day, this ball girl is at the Dodger’s stadium part-time in order to have time for a job that she truly loves. Her job description is specifically designed so that fans (or their beers) do not get hit with foul balls.

“It’s not necessarily a job because I love it so much,” she stated. Emily also hopes that ball girls receive more attention after her incredible catch. She commented, “I would hope eventually we can get to that point that if a ball boy would get that exact same catch … he would be treated with the same treatment and expectation.”