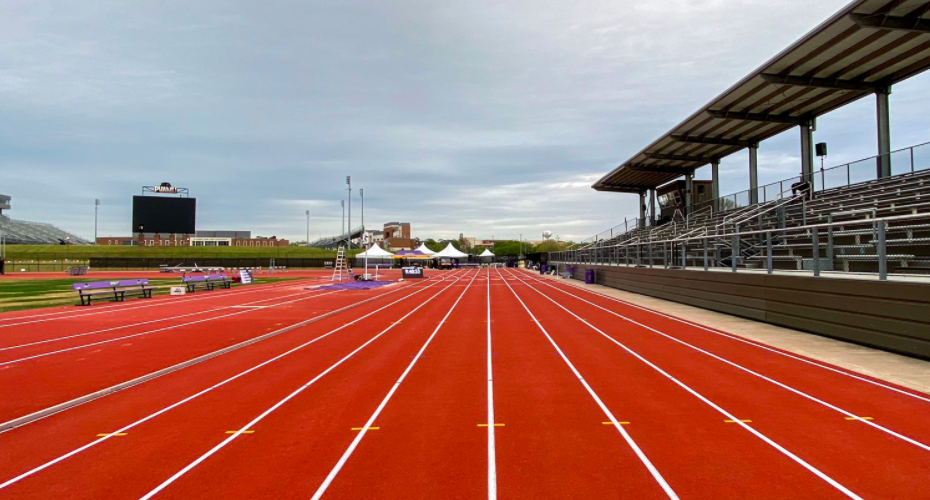 Watch This: Dog Runs Onto Track During Relay Race, Finishes In First Place After Crashing The Last Leg And Sprinting Towards The Finish Line

‘Twas a normal track and field meet day at one high school in America. Parents and loved ones gathered to cheer on their student-athlete. Then, a relay race happened and in the last leg of the race, something happened which stunned the crowd and made for an interesting track and field meet.

In a YouTube video posted by Mile Split, a dog runs onto the track, almost in between where the last runner for a 4×200 and 4×100 would start. The dog absolutely sprinted to the finish line, only to slow down a bit when catching up with a human who was actually supposed to be in the race and happened to be leading before the dog showed up.

Now, we may have to go to a photo finish, frame-by-frame, to see who pulled off the win. But, from the looks of it, I think we all can agree that the dog won! Out of nowhere, Fido takes the prize.

You don’t see this everyday. And you don’t see a dog with blazing speed like that everyday either. Sign this pup up for the Olympics!

According to The Salt Lake Tribune’s Alex Vejar, the Logan High senior runner was identified as Gracie Laney. She “had the final stretch of track all to herself” during the second heat of the girls’ 4×200 relay event when she was caught by surprise.

“I’d say probably about the 50-meters [mark], I could feel something coming on me, and I thought it was a person. I thought it was the runner,” Laney said via The Salt Lake Tribune. “And then I kind of realized that it was really small.”

Vejar reported that the dog’s name was Holly. “Holly, per the Sacramento Bee — had broken away from its owners and bolted after Laney.”

Vejar also reported that “Laney never did find out to whom the dog belonged.” However, she admitted that “she hopes she’ll somehow get a chance to meet the dog.”

The comments were here for all of this on YouTube:

“I love how the crowd just kept cheering louder when the dog came out,” Samuel Haines commented.

“That dog literally slowed down at the end to stare down his opponent and then cut her off at the line to almost make her trip!” James Masterson said. “That dog is cold blooded”.

“Relay race,” Hank Scott commented. “The dog saw the batons and thought he could get a game of fetch going.”

“Nothing like running someone down on a relay!” Jordan Thomas said. “The taunting towards the end was also priceless!”