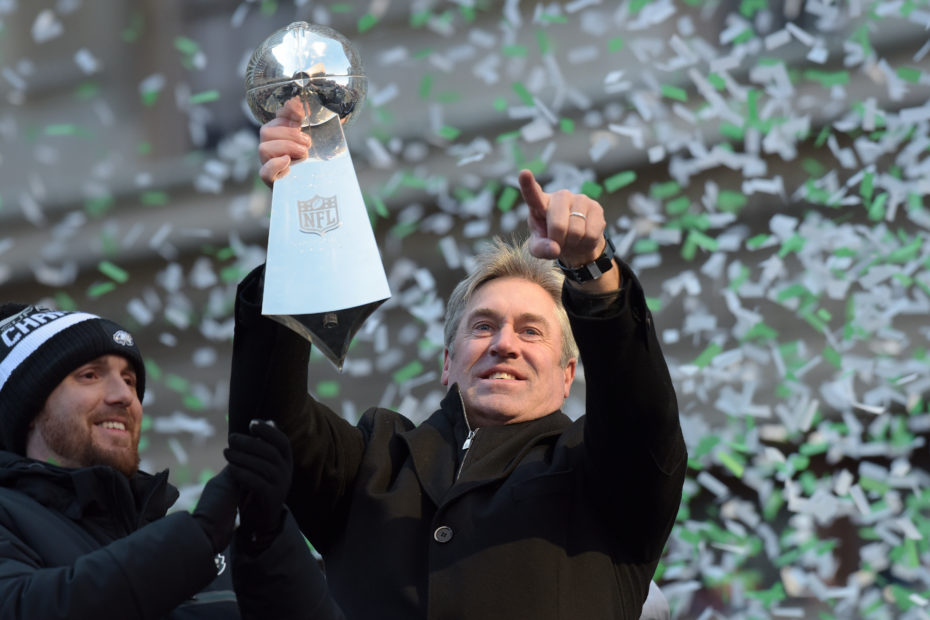 After firing Urban Meyer from his position as head coach, the Jacksonville Jaguars have hired Super Bowl winner Doug Pederson as a replacement.

The 54-year-old coach previously worked with the Philadelphia Eagles from 2016 to 2020 as their head coach to which he curated a relatively impressive track record. Not only did he coach the team to multiple playoff games throughout his time with the Eagles, but he led the franchise to their only Super Bowl victory in 2018.

In addition to his head coaching experience, Pederson first began coaching an offensive quality control coach before moving on to quarterback coaching. His journey to coaching came after he spent a 13-year playing career divided among multiple teams. From 1991 to 2004, he most notably played for the Green Bay Packers, Miami Dolphins, Philadelphia Eagles, and Cleveland Browns.

“Doug Pederson four years ago won a Super Bowl as head coach of a franchise in pursuit of its first world championship,” the Jacksonville Jaguars owner Shad Khan said in a statement, according to ESPN.

The owner went on to explain his hopes for the coach’s future with the team and offered, “I hope Doug can replicate that magic here in Jacksonville, but what is certain is his proven leadership and experience as a winning head coach in the National Football League. It’s exactly what our players deserve. Nothing less.”

Considering the team’s experience with their previous head coach, the Jaguars hope to see improvement with the 54-year-old. The former NFL player comes after Urban Meyer was fired for a series of scandals involving him being unfaithful to his wife.

“Combine this with his acumen on the offensive side of the ball, and you have why I am proud to name Doug Pederson the new head coach of the Jacksonville Jaguar,” Khan continued. The franchise owner also shared he hopes that the Jacksonville family will happily accept Pederson into their circle.

The statement was concluded with the sentiments, “I know our fans will warmly welcome Doug and his family to Duval and I personally look forward to having Doug as part of everything we envision for the team, downtown, and community in the years ahead.”