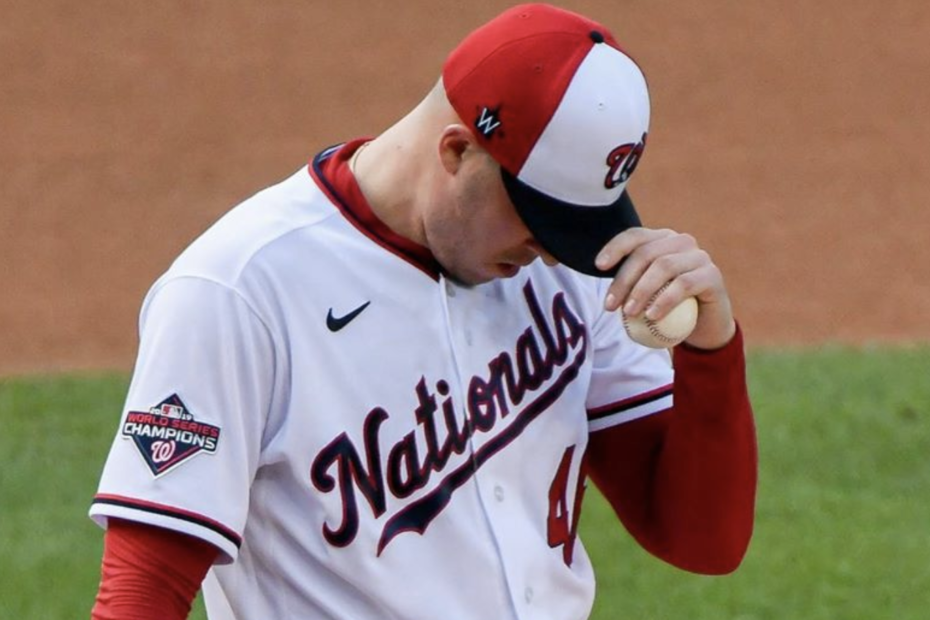 Dr. Fauci Will Throw Out the First Pitch at the Nationals vs. Yankees Game on Opening Day

Dr. Fauci Will Throw Out the First Pitch at the Nationals vs. Yankees Game on Opening Day

Dr. Anthony Fauci, director of the National Instidtute of Allergy and Infectious Diseases, will kick off the MLB season with the ceremonial first pitch at the first game of the year, the Washington Nationals announced Monday.

Dr. Fauci is known to be a huge Nationals fan, as he has worn his Nationals mask throughout the pandemic.

When asked about his Opening Day appearance with CNN’s Jake Tapper, Dr. Fauci replied, “I used to play baseball as a young boy and as a kid in school. I hope I don’t bounce it too much.”

Tapper then went on to ask Dr. Fauci, “How are you going to do [the first pitch] in a way that conveys that we’re not going back to normal, that this is baseball during a time of a pandemic?”

RELATED: Remember the Name Alyssa Nakken Because She Just Went Down in MLB History

Dr. Fauci responded by saying, “Well, Jake, I think the atmosphere in which it’s going to be occurring is going to bespeak that very, very clearly. There’s not going to be people in the stands. It’s just going to be televised. So I think that in and of itself tells you something about the stark difference between what we are doing now and what we were about to do last year at this time.”

As many are aware, Dr. Fauci has been absolutely integral in slowing the spread of the coronavirus. Being able to throw out the first pitch on Opening Day is an incredible honor, and letting him throw out that pitch for his favorite team is the least the Nationals could do to thank him for his work.