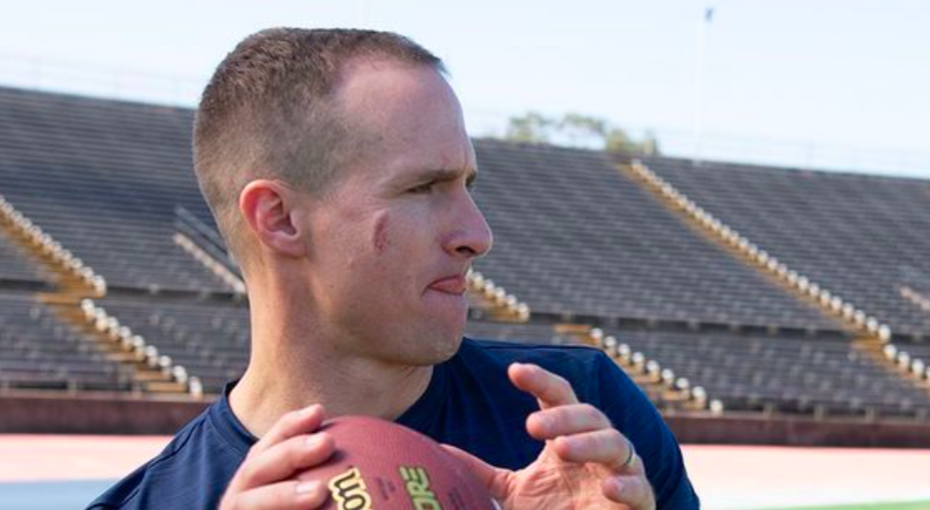 Drew Brees Retires From The NFL: ‘After 15 Years (With) The Saints And 20 Years In The NFL, Our Dad Is Finally Going To Retire So He Can Spend More Time With Us!’

Drew Brees has retired from the NFL.

The all-time passing leader in NFL history, one of the greatest quarterbacks to ever play the game, is hanging up the cleats to spend more time with his family.

RELATED: Tom Brady and Drew Brees Meet on the Field After What Some Are Speculating Was Drew Brees’ Last Game

“After 15 years (with) the Saints and 20 years in the NFL, our dad is finally going to retire, so he can spend more time with us!” Brees’ kids announced in an Instagram post. “Yay!”

Brees threw for 80,358 yards, the most of any NFL quarterback and the only dude to eclipse the 80,000 yard passing mark in his career. The Saints quarterback has made the Pro Bowl 13 times, you know, just over a dozen.

Brees has led the New Orleans Saints to a Super Bowl win, was the 2006 Walter Payton NFL Man of the Year, and was All-Pro.

That’s all of his legacy on the field. But, it’s his legacy off-the-field that has made a lasting impact. In the community and in his family as a husband and father. It’s evident in how this decision is about spending more time with his children.

“Each day, I poured my heart & soul into being your Quarterback,” Brees said in the post. “Til the very end, I exhausted myself to give everything I had to the Saints organization, my team, and the great city of New Orleans.”

Brees’ foundation, the Brees Dream Foundation, has contributed more than $45-million to charitable causes worldwide per their website.

“Drew and Brittany Brees have personally committed $5 million to the State of Louisiana for relief efforts to fight against the COVID-19 pandemic,” the Brees Dream Foundation site states. “Your donation will be in addition to this commitment.”

If you’d like to help support this cause, you can do so at the foundation’s site.

“We shared some amazing moments together, many of which are emblazoned in our hearts and minds and will forever be a part of us,” Brees said. “You have molded me, strengthened me, inspired me, and given me a lifetime of memories. My goal for the last 15 years was striving to give to you everything you had given to me and more.”

Give his everything he did, both on and off the field.

“I am only retiring from playing football, I am not retiring from New Orleans,” Brees said. “This is not goodbye, rather a new beginning. Now my real life‘s work begins!”

Congrats to an amazing NFL career, Drew! Here’s to now having a continued amazing career as one of the best job titles ever: being a husband, a father, a family man.

Now, the real question is: Are we going to see more Chef Drew in the kitchen?