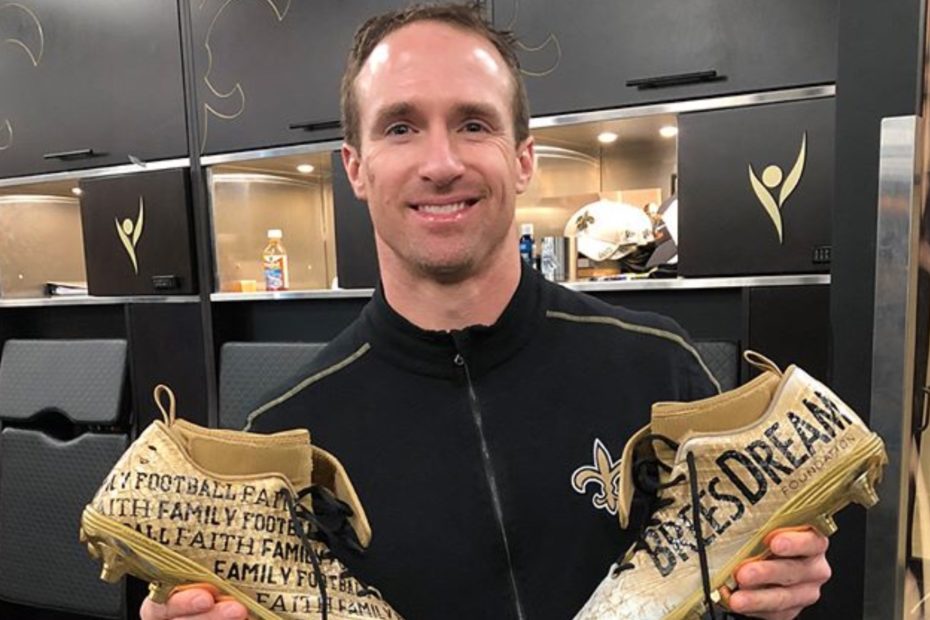 Drew Brees Sets Himself Up For Retirement, Does That Mean This 2-Year Extention Will Be His Last?

Drew Brees Sets Himself Up For Retirement, Does That Mean This 2-Year Extention Will Be His Last?

On April 10, it was revealed that the New Orlean Saints’ starting quarterback, Drew Brees, would be working for NBC after he’s done leading his team on the field.

According to Sports Illustrated, following his retirement from professional football, Brees will be joining the staff at NBC Sports. During this offseason, Brees signed a 2-year extension to continue his time with the Saints.

YOU MAY ALSO LIKE: NFL Draft Will Still Take Place in April, Just Virtually, But Will Still Be Televised

As the New York Post reported, it was revealed that Brees will join NBC Sports after his retirement, but didn’t declare when that would be exactly. So the question remains, will this 2-year extension be Brees’ last? It sure sounds like it.

So what will Brees be doing when he does join the NBC sports team? According to the Post, it is believed that Brees may potentially replace longtime announcer Cris Collinsworth on Sunday Night Football. However, he will start off as a game analyst for NBC’s Notre Dame broadcasts and a studio analyst for NBC’s Football Night in America.

“Like all NFL fans, we look forward to watching Drew continue his Hall of Fame career this fall, and we are confident his post-playing career will be just as successful,” NBC Sports spokesman Greg Hughes told The Post.

The Post also reported that ESPN was also interested in signing Brees after his athletic career was over. Nonetheless, it appears that NBC’s offer was more competitive.

Brees himself has not yet issued a statement on his decision to get into broadcasting after retiring from the game. As At The Buzzer reports, Brees made headlines after he and his wife Brittany donated $5 million to the state of Louisiana to aid in COVID-19 efforts.

“Brittany and I are committing $5,000,000 to the State of Louisiana in 2020,” the quarterback said, in part. “The priority now is helping our communities get through this tough time.”

1 thought on “Drew Brees Sets Himself Up For Retirement, Does That Mean This 2-Year Extention Will Be His Last?”