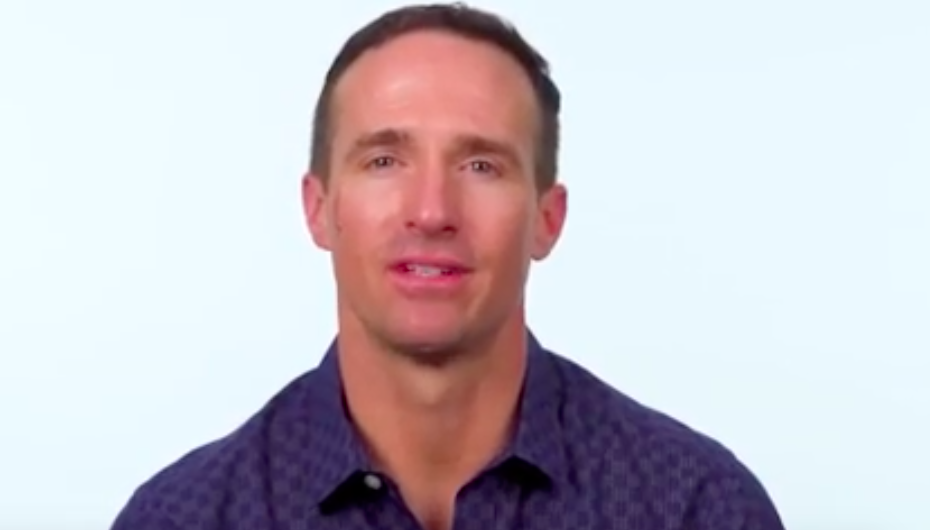 Drew Brees. That name is synonyms with passing yards. The quarterback is the NFL record holder of that category. Brees is also second in NFL history in passing touchdowns.

RELATED: Drew Brees Retires From The NFL: ‘After 15 Years (With) The Saints And 20 Years In The NFL, Our Dad Is Finally Going To Retire So He Can Spend More Time With Us!’

Thirteen Pro Bowls, a Super Bowl, an AP Comeback Player of the Year, a Walter Payton Man of the Year award recipient later, and two decades later, Brees decided to hang up those cleats.

You have to chalk up Brees as one of the best quarterbacks to ever play in the NFL. Not only for all he did on the field but as he’s doing off the field, as well.

Brees has been a staple in the New Orleans community as you can also argue that Saints and Brees go hand-in-hand, Drew and New Orleans being synonymous, as well.

“That’s two-thirds of my life,” Brees said per ESPN ‘during a teleconference…that introduced him as a new analyst for NBC. “Of course it’s a difficult decision…I understand why guys have such a hard time with the transition from football…There’s just moments and feelings and emotions that are really hard to replicate after you’ve been a professional football player…Could I keep playing? Yeah, I’m sure I could. But I’m also looking at my kids, my family, the age of my kids. And just gauging all of those things, there’s a balance there. And I also just felt like I would just feel it — I would feel when it was time.”

You can tell how hard of a decision this was for Brees as he penned a thank you letter, shouting out, among many people, New Orleans Saints teammates, fans, the Saints organization and coaching staff, and of course his wife and family.

“From Drew Brees, With Love | Thank You Letter to Teammates, Staff and Fans”

“Thank you to my late mother…and my father…Brittany, you are my angel,” Brees said in the thank you letter video. “I’m not sure why God blessed me with you but you have been my shining star. You make me believe that we can accomplish anything. You taught me what it is to be part of the best team. To (my kids), when this journey began, you were just a hope and a dream. Each of you has brought so much joy and purpose to my life and career. I play for my city, my team, and all those who believed in me, but I also play for you. God bless you all and here’s to the next chapter.”

Brees also has “a message to all the young dreamers out there”: